The Dow Jones today is on its way up as markets digest easing measures from the U.S. central bank and the European Central Bank.

More on this below. Plus, the vice president's latest comments on China… 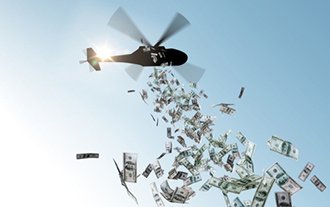 No More Guessing with Your Money: The cannabis sector is full of untapped gains… and potential nosedives. Our cannabis IPO experts have taken the guesswork out of the equation – giving only their "best in breed" stock picks. Just click here to see them…