The Dow Jones today is tethered by concerns over new U.S.-China trade talks.

The nations are set to kick off negotiations on later this week. However, investors are starting to doubt the scope of a deal, and analysts don't anticipate a deal to come to fruition until well into 2020. More on this below.

But first, here are the numbers from Monday for the Dow, S&P 500, and Nasdaq: 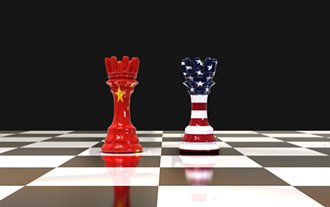