One of the hottest trends for investors looking for upside in this topsy-turvy market is 5G technology.

Since 2010, most smartphones have run on 4G. Make no mistake, 4G was a revolutionary technology that brought video streaming, conference calls, and a variety of fast telecom services into the palms of your hands.

But 5G will change the future of wireless on a scale that you'll have to see to believe...

5G technology will use a higher frequency band as compared to 4G. This frequency band will allow data to be transferred faster and smoother than its predecessor. In fact, in some tests, 5G has performed up to 200 times faster than 4G LTE. 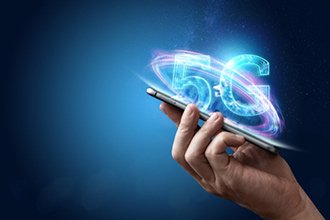 We've discussed a variety of ways to tap into 5G through network developers, chip manufacturers, and software designers.

But today, I'm going to examine a secret "backdoor" 5G stock to buy that is poised to surge in the months ahead.

This 5G Stock was already expecting a breakout... before the U.S. banned its competition. Now, there is nothing stopping it from potentially dominating the tech sector. Click here to get it while it's still $6.

This company didn't pop up on our radar like all the other 5G stocks. Instead, I uncovered it by tapping into the Money Morning Stock VQScore™, a proprietary ranking system that tells you when to buy or sell a stock.

VQScore tracks thousands of publicly traded companies. Based on a combination of technical, fundamental metrics and our very own quantitative formula, it has proven to beat Wall Street analysts in identifying stocks poised to break out.

In fact, there are countless cases where VQScore identified breakout stocks months before Wall Street analysts issued an upgrade...

Today, I'm going to discuss the opportunity ahead for a 5G stock that earned a "Strong Buy" VQScore this week.

It's All About Data Storage