Oil prices are rising as hostilities between Saudi Arabia and Iran continue to escalate. And one of the best MLPs to invest in could help you profit.

On Sept. 14, drone strikes on Saudi Arabian oil facilities near the Strait of Hormuz resulted in a 7% dip in global daily crude oil production.

Then, on Oct. 11, the National Iranian Tanker Co. said one of its oil tankers was struck by a missile 60 miles from the port of Jeddah in Saudi Arabia. 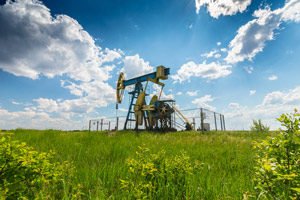 That's just a taste of what could happen if things get worse.

Saudi Arabia and Iran are the second and fifth largest oil producers in the world. In fact, Saudi Arabia alone produces more oil than Venezuela, Canada, and China combined. And 21 million barrels of oil travel through the Strait of Hormuz each day. The strait is only 20 miles wide, making it possible for Iran to shut off oil traffic altogether.

If a war kicks off between these top five oil producers, the global oil supply will collapse. Basic economics tells us reducing supply will push prices higher.

Money Morning Global Energy Strategist Dr. Kent Moors says closing off the Strait of Hormuz could cut off 21% of the world's oil supply. This could result in a $10 jump in immediate oil prices. If conflict continues, it could shoot as high as $150 per barrel.

And U.S. oil firms are in a prime position to profit. In fact, the U.S. oil industry is already capitalizing.

A Real-Life "Rags to Riches" Opportunity: Every day, a garage-based startup could IPO and make the little guy a multimillionaire. Click here to see how it's done...

That's good enough to make the United States the world's largest oil producer. Those numbers will jump even higher if supplies coming out of Saudi Arabia and Iran keep being disrupted.

Fortunately, you can cash in.

One of the best ways to play rising oil prices and U.S. oil demand is with a master limited partnership (MLP). And our Money Morning Stock VQScore™ system has found one MLP with breakout potential. It even pays a whopping 6.12% dividend yield...

But before we get to this MLP, let's take a brief look at some of the advantages of investing in MLPs to play the oil market.

Advantages of Investing in MLPs

Master limited partnerships are tax-exempt companies required to pay quarterly distributions to shareholders. MLPs offer the tax benefits you'd see in private partnerships with the cash of a company that's publicly traded on a major exchange.

Since MLPs don't have to pay corporate taxes, they have a greater amount of cash they can pay out to investors. In order to benefit from the taxes, MLPs need to make 90% of their income from things like real estate, natural resources, and commodities.

And MLPs don't have to cut into margins by exploring for or refining oil, which are expensive and risky businesses.

Best of all, the MLP our VQScore system uncovered just received our highest score, which means it has breakout potential.

And that's because this firm is absolutely booming. In 2018 alone, its net profits grew more than 50%. On top of that, this firm pays an amazing 6.12% dividend yield. That's almost double the dividend yield of the Energy Sector SPDR Fund ETF (NYSEARCA: XLE) of 3.7%.

That means higher oil prices from a war in the Middle East could send this stock through the roof.

If Moors' prediction is right about the closing of the Strait of Hormuz, then prices could more than double from where they are now.

You won't want to miss out on investing in one of the best MLPs to buy right now...

The Best MLP to Invest in Right Now