As the Bitcoin price exhibited more volatility recently - at one point leaping 35% in just 16 hours - crypto analysts scrambled to explain what happened.

The most obvious culprit was the Oct. 25 announcement by Chinese President Xi Jinping that his nation should "seize the opportunity" to adopt blockchain technology. 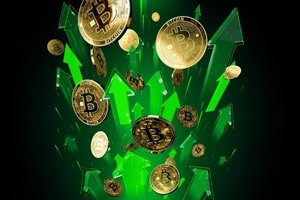 "We must take the blockchain as an important breakthrough for independent innovation of core technologies," Xi reportedly said, speaking at the 18th collective study of the Political Bureau of the Central Committee in Beijing.

"[We must] clarify the main direction, increase investment, focus on a number of key core technologies, and accelerate the development of blockchain technology and industrial innovation."

Xi spoke the same day the price of Bitcoin suddenly spiked. Most other cryptocurrencies shot up as well. Gains in China-based cryptos such as Neo, Qtum, Tron, Vechain, Bytom, and Ontology ranged from 25% to as much as 90%.

It's clear the Chinese president's statement was the primary catalyst.

When the leader of the world's second-largest economy announces plans to embrace the technology that underpins most cryptocurrencies, it's not shocking that traders would then rush to buy cryptocurrencies.

Whether China's blockchain initiatives will have any practical effect on the use of other cryptocurrencies is debatable, however. In the case of Bitcoin, China has been tightening restrictions since late 2013. Bitcoin is banned from financial institutions and exchanges. It's currently trying to end Bitcoin mining.

China is much more interested in crypto projects it can control and that reject all anonymity features.

But it's also easy to see how the wake-up call of China taking blockchain tech very seriously could have a ripple effect. It could well motivate governments of other countries to take action to encourage the development of crypto-based tech in their own countries.

And that could be of enormous benefit to various crypto projects in the United States and elsewhere.

Still, that should not have been enough to drive a 35% spike in the Bitcoin price. Something more was going on...

The Other Reason for the Bitcoin Price Spike