Of course, this contract is a huge win for Microsoft's Azure cloud over rival Amazon.com Inc. (NASDAQ: AMZN). It elevates Microsoft's server to greater dominance in the cloud war. 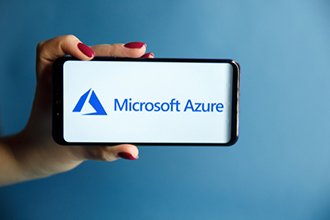 Where cloud leaders will really be tested, however, is in the 5G space. Microsoft is already a key player in what will be a $1.2 trillion industry in 2026.

5G is anticipated to be about 100 times faster than 4G. And this means the volume of data exchanged will be higher than ever before. 5G allows for a swifter exchange of information, but the world also needs a reliable place to put all of it.

AT&T Inc. (NYSE: T) expects to have a 5G network nationwide in 2020. And Microsoft announced this year that it would partner with AT&T to develop solutions around AI and 5G technology. This partnership with one of the largest 5G carriers in the United States will further mobilize its cloud computing technology to a booming market.

It's a massive boon for Microsoft's bottom line.

Revenue from Azure grew an average of 73% year over year, per quarter for fiscal 2019. Azure saw revenue growth of 63% in the latest report for Q1 2020. And now, the faster speeds of 5G give the Azure cloud better access to the mobile market, estimated to reach $66 billion by 2023.

So Microsoft's cloud has a lot going for it right now. In addition to the DoD victory, Microsoft will continue to see growth from its AT&T partnership. But there is yet a bigger revolution 5G will unlock for MSFT stock…

This Could Push Microsoft to Lead the Cloud War