On Tuesday night, Trump spoke at the Economic Club of New York and railed against the Federal Reserve on interest rates and monetary policy. But that's just one of the many stories driving market behavior this morning.

Before we get to them, here are the numbers from Tuesday for the Dow, S&P 500, and Nasdaq: 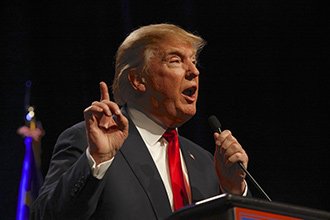 You Could Be Paid $2,353: Very soon, we'll be releasing a very simple set of instructions to a selection of our readers. Each person who follows these steps could be paid a total of $2,353 in only 28 seconds. You won't need to buy a single share of stock up front to collect this cash. You won't need to spend a nickel on anything. Click here to find out how…