One of the biggest fallacies on Wall Street is that bull markets have expiration dates. While it is true that the typical bull run lasts up to 10 years, there is no law that says it can't last a lot longer.

So today, we're going to show you why the market's bull run is far from over. 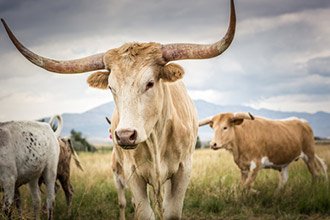 So the market has not been here often – it's still uncharted territory. That's why it's natural for investors to wonder when it's time to take cash off the table or get more defensive.

After all, we see headlines today saying the current push into all-time highs is a blow-off. Some investors fear the inverted yield curve we saw last summer will lead to recession within the year. Or maybe the strong bond market is a sign of a coming sell-off. Or something the Fed does could trigger a market crash.

But it's all really just a lot of fearmongering.

Right now, the stock market still enjoys good breadth, meaning more than just a handful of high-visibility tech stocks are carrying the load. And it has a solid team of leading sectors with others starting to perk up.

In other words, the market itself is telling us that this is far from over.

With that said, we have to admit that there is some risk in the short term. We'll show you what to look out for, but there's one big sign in particular that suggests the bull market is far from done…

Signs the Bull Market Has Further to Go

The short-term trend in the S&P 500 does look a bit stretched. And as the major indexes forge further into record-high ground, volume seems to be shrinking. It's down 67% since the start of the month.

That's not exactly bad, but it does suggest the market is prone to a little hiccup. After all, the S&P 500 gained a hot 8.1% since its Oct. 2 close.

Money Morning Quantitative Specialist Chris Johnson called that action FOMO – fear of missing out. Money managers were looking for a nice pullback to buy but were faced with having to chase the market higher.

Still, it would not take much more than a bit of bad news to send this herd of financial sheep to the exit doors, finally giving the market the rest it needs.

Luckily, there's none of that in the near term. Thanksgiving falls very late in November this year, and that cuts into the traditional Christmas shopping season. That is the kind of news that can pressure retail and supplier stocks.

Still, this is likely to be a short-term blip.

The bull market is still in good shape for the long haul.

Why the Bull Market Is About to Find Another Gear