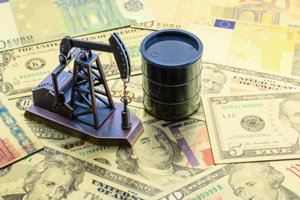 It was also the first year the United States imported more oil than it exported - a trend the nation has kept up ever since.

This week, the U.S. Energy Information Agency (EIA) estimated that the United States is new exporting more oil than it imported since the agency began keeping track 70 years ago. And that's very good news for oil stocks...

This estimate from the EIA is the latest in a string of historic breakthroughs for the American oil industry.

And that's setting our top oil stock to buy up for tremendous profits...

The Oil Renaissance Is Just Beginning

In addition to estimating that the United States is shipping out more oil than it's taking in, the EIA projected the nation's net crude oil and petroleum exports will jump to 750,000 barrels per day in 2020.

That kind of growth in one of the nation's most established industries is almost unbelievable.

However, it's the natural result of the oil renaissance we've been witnessing. After the oil price crash of 2014, investors have been reluctant to dive back into American oil. But that's changing in a hurry.

You see, improvements in drilling technology, increased global demand, and growing instability among the world's other oil-producing nations have pushed U.S. oil production higher, even without record high prices.

Over the last 10 years, faster drilling, better well designs, and widespread use of fracking have made it possible to reach oil deposits that were previously inaccessible.

That's what led to American oil companies tapping into a 20-billion-barrel reserve at the Wolfcamp shale formation just two years ago - a game-changing discovery that put the United States on the path to dominate global oil output.

According to estimates from the U.S. Energy Department, discoveries like this have pushed production levels to over 13 million barrels a day. That's roughly 16% of the planet's entire oil output.

It's also allowed the nation to produce more oil than it has since 1970, the nation's highest production period in history.

According to the International Energy Agency (IEA), global oil demand will balloon to 106.4 million barrels a day in 2040 - an increase from its 96.9 million prediction from last year.

In addition, the IEA predicts the United States will account for 85% of that growth.

Russia and Saudi Arabia, the world's two largest oil producers behind the United States, have suffered significant setbacks in their production compacity over the last year due to geopolitical conflict and internal problems.

Meanwhile, Iran's had demand for its oil crippled by U.S. sanctions.

This has left the United States as the last man standing when it comes to global oil production.

And you could cash in on this growth with the right oil stock in your portfolio.

In fact, it's our top rated VQScore stock right now.

Our Top Oil Stock to Buy