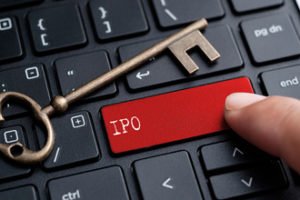 While rumors of an Ant Financial IPO have been going around, the firm hasn't given an official timetable yet for its IPO. But now that Alibaba has a 33% stake in the private firm, many speculators see Alibaba's restructuring of Ant Financial as a sign that it could go public - maybe as soon as 2020.

Robinhood's user interface is sleek and simple - making it excellent for novice and tech-savvy investors. And that's exactly the demographic Robinhood is going after. Young, tech-savvy, investors looking to invest in the stock market, but who don't need all the bells and whistles you'd get with the bigger, full-service brokerages.

That's been an insanely lucrative business model for the company. According to Airbnb, its revenue in the first half of 2019 hit $1.6 billion. And its valuation is rumored to be anywhere from $31 billion to $35 billion. Airbnb's valuation could rocket even higher before its public offering, too - especially once you consider it's one of the rare few startup unicorns that is already profitable.

Here's everything we know about Palantir...