Going into 2020, investors will eye the ongoing cannabis legalization movement around the United States. Several states will fight to put marijuana on the election ballot next November.

But the Midwest in particular could erupt the cannabis industry. Illinois, for example, will legalize recreational cannabis on New Year's Day. 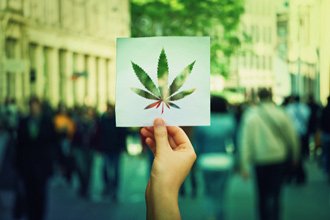 The closer we get to full legalization, the more important it is for cannabis investors to stay informed. Small shifts in political sentiment can provide massive windfalls for cannabis stocks. Companies that are tiny right now could in fact dominate future state and national markets.

If you're interested in cannabis stocks, our friends over at The National Institute for Cannabis Investors have all the resources and research you need to start investing in this burgeoning industry. Plus, they'll show you some of the best cannabis stocks on the market.

Today, let's take a look at the latest regulatory and legalization news in the recreational and medicinal cannabis markets.

The state of Michigan just legalized recreational marijuana on Dec. 1, 2019. Over the first eight days, five retail shops opened for business and generated $1.6 million in sales. In fact, three of those shops completely sold out or had limited supplies of cannabis products remaining as of Dec. 8.

The state generated $162,900 from a 10% state cannabis tax and another $107,514 from its 6% sales tax. The state plans to use the first $20 million in the first two years of sales taxes on research to study the medicinal benefits of marijuana. The rest will go to cities and counties to pay for school programs and infrastructure.

Michigan is projected to generate $949 million in sales after 2020 when the legal cannabis market has been fully established. That figure would produce about $160 million in state tax revenue.

The state of Illinois is gearing up for its New Year's Day launch of legal cannabis. Residents can arrive to pot shops as early as 6 a.m. on Jan. 1 to purchase products. Illinois will be the 11th state in the United States to legalize recreational cannabis.

The state will limit purchases to adults who are 21 or older. Individuals may purchase up to 30 grams of marijuana, five grams of concentrated THC oils, or 500 mg of edibles. Anyone from out of state can purchase half of these quantities.

While recreational marijuana will initially be limited to existing medical dispensaries, the market will expand quickly over the next 18 months.

Governor J.B. Pritzker plans to award 75 new dispensary licenses by May 1. That figure will expand by 110 through December 2021.

The Domino Effect Hits the Midwest

Illinois' marijuana legalization is about more than criminal justice reform. One key factor is the state's dire need for revenue given its massive budget shortfalls. The key thing to remember, however, is that legalization will impact neighboring states like Indiana and Wisconsin, where recreational cannabis remains illegal.

Already, these states are questioning how Illinois' legalization move will affect everything from law enforcement to tourism.

In Wisconsin, the number of calls to the state's human resources hotline about employer drug testing has swelled in recent months. While many companies require drug testing, the sudden legalization in two neighboring states has employers wondering if they should amend their policies. More importantly, the trend has many now wondering when – not if – Wisconsin will join the ranks of legal cannabis states.

Legalization at the Federal Level

Some have speculated that the Trump administration could push for widescale legalization of cannabis, or at least remove marijuana from the Schedule I list. But that story has dropped to the back burner while eyes turn to the Democratic nomination.

Right now, former Vice President Joe Biden stands as the frontrunner. And Biden's current stance is that the federal government should not legalize marijuana. This position puts a new target on Biden's back when it comes to tax budget and criminal justice issues. According to a recent poll by the Pew Research Center, roughly eight out of 10 Democrats and left-leaning independents support cannabis legalization.

America's 1% Are Converging on the Next "Gold Rush"

The Fortune 500, big investment firms, and the Wall Street elite are all pouring billions into a new agribusiness market.

Vanguard, Credit Suisse, and RBC were behind an IPO in this industry that shot up 659% in under one year…

And Goldman Sachs, Black Rock, and Morgan Stanley lined their pockets with a whopping 3,813% profit…

But the biggest gains are yet to come. As medical research in this area trucks on, this could become a $1 trillion global industry. Individual investors could become millionaires practically overnight.

We know the numbers are big, but the research backs it up.