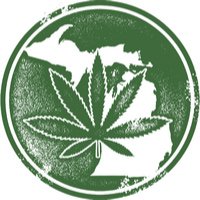 Michigan raked in $270,414 in taxes on sales of over $1.6 million during its first week of selling legal, recreational marijuana. Shops couldn't keep up with demand.

The state government estimates that Michigan could see nearly $100 million in tax revenue on almost $1 billion in sales next year. This kind of cash is going to make it hard for even the most hardened anti-marijuana states to pass up the opportunity.

Voters in the state approved marijuana legalization in 2018. Now, licensed merchants can sell legal weed, growers can grow it, and processors can bring products to market. Anyone 21 or older can now buy and possess marijuana. And the next round of licensing is coming to increase the entire supply chain.

As the first state in the Midwest to legalize, Michigan serves as the model for its neighbors. Illinois already voted to follow and expects to begin sales on Jan. 1 of the coming year, kicking off what should be another huge year for cannabis.

And 10 other states are potentially voting on legalizing marijuana in 2020 alone. Make no mistake; you still have a shot to get in early on the cannabis industry. In fact, there are still 40 states left to fully legalize marijuana.

Most of the 2020 presidential candidates support federal legalization, too. Even some of the most hardline anti-pot states are easing restrictions.

Already, Las Vegas has transformed into one of the most important cannabis markets in the world thanks to its status as a premier tourist destination. No longer is the only top attraction gambling or shows and entertainment: Cannabis is attracting tourists by the busload.

But there is a challenger standing in the wings. It's a little colder and windier, but it attracts even more visitors than Sin City.

This State's Cannabis Legalization Could Create a "Marijuana Mecca"