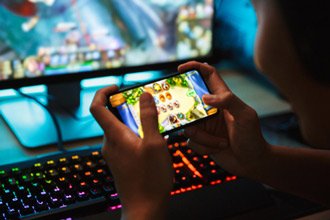 Check out our top gaming stocks to buy below...

EA is commonly known for its video game sports franchises like "FIFA" and "Madden." But it's also the publisher behind the critically acclaimed and Games Award-nominated franchise "Apex Legends" - which hit 50 million players in a little under one month after release.

According to TechCrunch, free-to-play games have contributed $88 million to the total gaming market...

You do not want to miss out...