Finding the best sectors to invest in for 2020 could mean the difference between triple-digit gains and a completely average return.

Just look at how you could've invested in the top sectors last year: 5G, marijuana, REITs, IPOs, and plenty more soared into the stratosphere in one way or another in 2019.

The semiconductor company Advanced Micro Devices Inc. (NASDAQ: AMD) rocketed 131.7% thanks to the hype surrounding 5G. All the while, IPOs raised more than $50 billion - bad press and all. 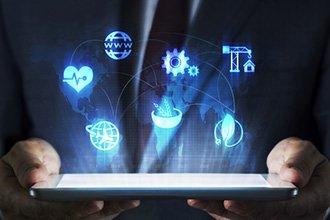 But with a lot of uncertainty as we enter 2020 - the election, impeachment trial, trade war, possible recession, and more - we're looking to get back to the "basics" for the next group of "sectors" to invest in.

Keith is always telling his free Total Wealth readers about what he calls the six "Unstoppable Trends" in the market. From the times of ancient China to medieval England, the Renaissance, and now to the modern United States, these Unstoppable Trends have made those with foresight incredibly wealthy.

The reason is simple: The Unstoppable Trends are backed by trillions of dollars that Washington cannot derail, the Fed cannot meddle with, and Wall Street cannot hijack.

His Total Wealth readers who followed these trends in 2019 made more than 41% this year alone from one of Keith's favorite companies, Raytheon Co. (NYSE: RTN).

Now, he wants Money Morning readers to take advantage of the opportunities they present for 2020 as well. The six "sectors" we're showing you today are poised to be some of the best sectors to invest in for 2020.

Check them out below...

This top sector to invest in is one of Keith's "Unstoppable Trends." And it's no surprise why.

The world will always need energy. Even if oil prices never hit $100 a barrel again, the energy industry continues to grow.

Heck, both oil production and demand are accelerating. Between now and 2025, demand for oil is anticipated to spike up by 6.1 million barrels per day (BPD). From now until 2040, it's expected to grow by another 12 million BPD.

Savvy investors understand this and can ignore the panic-induced headlines you see in mainstream media.

And even if you're still a skeptic over oil, renewables like hydropower, solar power, wind power, and more are increasing in popularity every year. Plus, big energy firms like NextEra Energy Inc. (NYSE: NEE), which provides electrical power, are pursuing renewable energy - making them ripe with opportunities.

Now that 2019 is over, the world is on the verge of hitting a milestone we've never seen before in recorded history. The U.S. Census reports the number of folks above the age of 65 will outnumber children below the age of four this year.

Beyond that, one in five U.S. residents are estimated to be retirement age.

Indeed, other countries like Japan are already looking like what our future holds. The aging population over there has had a massive negative impact on the country. Eventually, this will happen to America as well. We'll see reduced productivity, skyrocketing healthcare costs, and struggling social security programs.

Because of this, medical firms such as Becton Dickinson & Co. (NYSE: BDX) could soar with the potential to contribute to global currency realignment and even breaking major currencies like the yen.

There will certainly be more consequences as a result of the "Demographic Revolution," as well, and Keith will help our readers remain up to date as the trend unfolds in 2020.

In the United States alone, we spend over $3.1 trillion in healthcare per year.

If the U.S. healthcare sector were a global economy, it would be the fifth largest in the world.

This is largely thanks to the insane size of American medical bills. If you break your leg, that could mean $33,000 down the drain. If you're bitten by your cat, it's a potential $48,000. Heck, if you require dialysis, that's more than half a million dollars for treatment.

And those are just numbers based on what your insurance doesn't cover.

Beyond that, there are over 6,000 hospitals in the United States. And medications are insanely expensive, with millions of people spending an average of $1,200 per year as well in the U.S.

Heck, the average insurance premium in the United States is $440 per person each month.

So it's easy to see just how much money the healthcare industry rakes in - and how much opportunity is there for you to profit...

As unfortunate as it is, War, Terrorism, & Ugliness will continue to be a part of our world.

Defense ETFs like the SPDR S&P Aerospace & Defense (NYSEArca: XAR) are up 322% since 2011 for a reason. With decades of tension between the United States, Russia, China, and North Korea - as well as the real threat of terrorism looming above - the world is in a constant state of militarization.

The U.S. alone has a $717 billion budget for defense each year because of this. And it continues to spend, renew government contracts, and gear up to defend against any potential threats.

Whether it's ISIS or increased tensions with Iran, Keith says firms like Leonardo SpA (OTCMKTS: FINMY), Raytheon Co., and Lockheed Martin Corp. (NYSE: LMT) will continue to prosper - making the industry one you want to invest in 2020.

According to Keith, Scarcity/Allocation is a trend fueled by the absence of precious commodities and the allocation of general resources. These resources include everything from food and water to raw materials, money, and commodities.

Keith says this trend is also pivotal for 2020 because global resources are now more strained than they have ever been.

For example, the World Bank estimates 24 billion tons of fertile soil are destroyed by land erosion annually. On the same note, 29.6 million acres of fertile land disappear as a result of droughts.

Because of this, Keith says firms like CNH Industrial NV (NYSE: CNHI) that focus on agriculture and modernizing farming methods will see a boost in demand and soar in profitability. Another favorite of his is public utility firm American Water Works Co. Inc. (NYSE: AWK).

Now, we've covered quite a few sectors that could take off in 2020. But our top sector isn't like the other ones. It's a broader industry that isn't necessarily new. But it's one that has been - and always will be - important for the world.

And stocks in this top sector to invest in for 2020 could potentially double your money over the next decade...