We're heading into the first full week of trading watching a dangerous game of chicken that may result in a tipping point for stocks.

After months of nonstop rallying, we're likely to see stocks get their first test of 2020 as geopolitical tensions mix with fever-level optimism from investors.

The CBOE Volatility Index (VIX) - a.k.a. the "Fear Index" - closed last week at 14.02 after spiking above 16 on Friday upon news of the attack on the United States' embassy in Iraq.

I was already watching December's low readings as a sign that the market may have reached optimistic extremes that are usually a signal that an intermediate-term market top was approaching. Now, escalating geopolitical risks may be the trigger for exactly that, a correction in stock prices that will affect almost every corner of the market.

Now, I'm not crying "Chicken Little" here, just pointing out that a 5-10% pullback in prices is likely over the next few weeks based on the patterns I am seeing in the VIX.

For what it's worth, the average high reading for the VIX in January is 23.25. A move from Friday's close would be an easy shot and would result in at least an 8% decline in the S&P 500.

3,200 - Technical Analysts Will Be Watching This Closely

The S&P 500 has been powering to new highs in what felt like a gravity-defying rally up until Thursday. Sunday night, futures were trading about 0.9% lower on news that tensions in the Middle East are on the rise.

The saber-rattling between the United States and Iran is shaking investors around the world, as almost all markets were trading lower overnight. So is it time to sell? What do you watch? One simple number... 3,200.

The S&P 500 is about 1% above the 3,200 level, which is what almost all traders will be watching in the early-week trading.

The 3,200 level is the first round of technical support for the widely watched index. A break below this price will send traders into a broader based selling frenzy as they move to lock in profits from the incredible rally we've seen since October.

To put things into perspective, the early December pullback (a pathetic 2.7% sell-off) lasted a whole three days. We're likely looking down the barrel of the garden variety 5-10% sell-off to put stocks back on a healthy tilt.

If the lid isn't sealed on the geopolitical fears, quickly, we're likely to see that 5-10% selloff as stocks have been treading in overbought territory for weeks. If you're interested... the next targeted level for the S&P 500 will be 3,100 (which is still only a 4% dip). 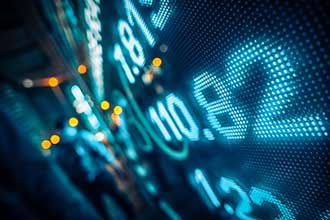 This number will hit our screens on Friday morning, which feels a long way off from this morning's trade. That said, the employment data could be a make-or-break factor in this week's trading results.

Analysts are forecasting that we're going to see another 183,000 jobs added in December. This includes a number of jobs represented by the General Motors Co. autoworkers returning from a strike.

One hundred and eighty-three thousand would represent a reading in the bottom half of the last five years' results for monthly jobs figures. Don't get me wrong, it's better than being in the bottom 10% of monthly readings, but there's a catch.

Last month's reading was in the top 20% of results for the last five years, a reading that set the bar high for this month's results. Before Friday, we could have seen a jobs number that was close to the expectations, but the increase in geopolitical concerns will mean that even the calmest of traders might get rattled by a weaker-than-expected jobs number.

Bottom line: EVERYONE needs a little protection in this market!

Buy-and-hold investors may want to consider adding some tight stop-loss orders to positions that have posted large gains over the last two months. Believe me, this market looks like one that is going to give you an opportunity to buy a lot of stocks back at 5-10% discounts from Friday's close.

More aggressive investors will want to consider some short-term protection by buying puts on the major indexes or on large holdings in their portfolios. The good news here is that protection is relatively cheap, which means you may make money on an increase in volatility on top of any declines in the market.

I'll be back with you later this week to look at the best and worst sectors/ETFs in the market. I'll update you on the market at that point as well.

As always, I wish you the best trading success and look forward to breaking things down further with you.

America's No.1 Pattern Trader is going live on camera to show readers how they can make hundreds, even thousands of dollars in extra income.

You see, he's found a way to predict the future buying patterns of nearly every stock on the market. And with this trick, he's lining up major payday appointments left and right.

We're talking about cashing in on some of the biggest stocks on the market: Netflix, Apple, Facebook, even Amazon.

The best part is this options trading strategy is super easy to understand and even easier to put into action.

All it takes is three simple steps and a few clicks of your mouse, and you're on your way to what could be life-changing wealth...