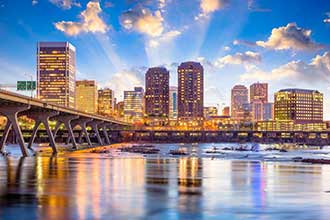 In an unlikely turn of events, one of the most conservative marijuana states in the nation could boost marijuana stocks in 2020 with its push to fully legalize cannabis.

We're talking about Virginia - a state that has had some of the biggest restrictions on marijuana in the country.

However, with the nation's shifting perception on marijuana, Virginia is beginning to change its tune as well. A 2018 national Gallup poll revealed that two-thirds of Americans now support legalized marijuana.

Some of the changes in attitudes come from research showing that cannabinoids (cannabis plant derivatives) can help treat pain, anxiety, addiction, and even epilepsy.

So, it's not surprising that investors are looking for marijuana stocks to buy in for the coming year. Currently, 32 U.S. states and Washington, D.C., have legalized marijuana in one way or another.

And states will continue to legalize marijuana throughout 2020. In fact, a record number of states are pushing for some type of legalization in the coming year with various ballot measures.

Of course, while states continue to steadily chip away at legalization, it's only a matter of time before cannabis is legalized on the federal level.

Today, we want to talk about why Virginia has a good chance of pushing marijuana stocks even further with its efforts to legalize recreational cannabis.

What many don't realize about Virginia is how restrictive the state is toward recreational products like alcohol and marijuana.

Virginia has no bars. Dedicated establishments that sell liquor are not legal in the state. Only full-service restaurants are permitted to sell alcohol.

Virginia's liquor stores are literally government-owned. Even then, that assumes the county you're in allows liquor sales. Ten of the state's counties have completely outlawed the sale of alcohol.

Plus, Virginia already has some restrictive laws in place for medical cannabis. There are only five licensed marijuana dispensaries in the entire state. And there are quite a few rules about who qualifies to use them.

That's what makes potential marijuana legalization in Virginia so impressive for cannabis stocks.

Shockingly, Virginia is now one of the states pushing for legalized cannabis for all adults. This is more than just talk, too. Organizers got together for a meeting in December 2019 to discuss their next steps in this ongoing process.

The implications of Virginia legalizing marijuana could be huge for cannabis stocks in 2020.

Even if you're not excited about this development, here's why you should be.

This Is Who Could Bring Marijuana Legalization to Virginia