2020 will be the year of widespread state cannabis legalization. But it will pass before you know it. Here's why you need to act quickly.

Then we'll dive into the latest catalyst for one of the best marijuana stocks to buy in 2020 (it's actually changing the world). 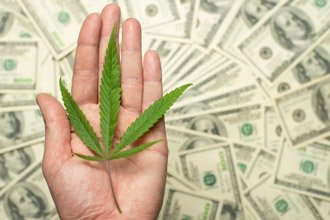 We're getting closer to full marijuana legalization with each day. So to get the most out of this industry boom, we're going to share some of our top cannabis stories this week.

In almost every state, a majority of voters want some kind of social cannabis reform. And politicians are looking for inroads to generate tax revenue and reduce budgets.

So first up, this state recently generated millions of dollars after legalizing recreational marijuana...

Illinois has also finished its first round of applications for new dispensary licenses. More than 700 applicants are seeking roughly 4,000 licenses to sell legal cannabis. The Department of Revenue will award up to 75 new licenses and announce them on May 1, 2020.

This sort of revenue explosion is exactly what makes legalization in this next state so exciting...

Why This Unlikely State May Legalize Cannabis

Multiple states plan to let the voters decide whether to legalize marijuana in 2020. And the most recent among those is South Dakota.

A measure to legalize cannabis has officially qualified for South Dakota's 2020 ballot. Though South Dakota has lagged behind other states in legalizing cannabis, its lawmakers are now trying to capitalize on the tax potential, reform criminal justice laws, and create a market that could bring millions in revenue.

A proposed constitutional amendment would allow adults over the age of 21 to possess and distribute up to an ounce of cannabis. It would also allow individuals to grow up to three cannabis plants.

The state is also preparing to legalize industrial hemp after a similar ballot failed to pass in 2019. But that's not the only big cannabis news today.

Now, here's how one of the best cannabis stocks right now is changing the world...