You read that correctly.

Molecular components in leaves are being used to build rock-solid machines. We mean that literally. The material – cellulose nanofiber (CNF) – is five times stronger than steel and only one-fifth the weight. 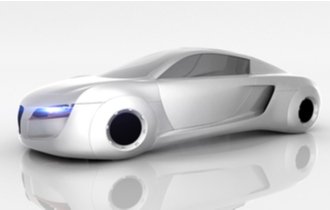 This sort of breakthrough isn't just an exciting way to make cars; it's an example of how technology keeps changing the world. It's why Money Morning Defense and Tech Specialist Michael Robinson says "the road to wealth is paved with tech."

Technology is going to create some huge opportunities for investors over the next few years.

In fact, tech developments that harness the power of nature are creating some of the biggest opportunities in the market right now.

The Opportunity in Lighter, Safer Cars

Nanotechnology is defined as the science of matter on an atomic, molecular and multi-molecule scale. Basically, it involves tweaking matter at the micro level to improve something at the macro level.

CNF is a form of nanotechnology. It's comparable to carbon fiber, a lightweight alloy used to replace heavier metals. Carbon fiber is used in a lot of bikes, for example. But CNF is much less expensive.

That's why CNF is going to be a boon for any industrial application where weight is an issue. For autos, the lighter the vehicle, the less energy it takes to move it from one place to another.

Cellulose nanofiber will be great for this because it's also very strong, benefitting the safety of passengers.

This material can also be used for airplanes. Not only will it make planes cheaper to fly, but the reduction in energy consumption will appeal to "green" folks.

Of course, the next logical application will be space flight, where weight is critical. But like we said before, let's not get ahead of ourselves.

For now, CNF can replace steel in buildings right here on Earth.

A number of auto makers, including divisions at Toyota Motor Corp. (NASDAQ: TM), have begun investigating this. They are working out how to bring it to a mass production environment.

Because this is a very young technology, there are precious few ways to actually invest in the sector. There's not much beyond an indirect play currently. The Nippon Paper Group, which trades on the Tokyo exchange, is the only publicly traded company trying to commercialize CNF.

But this is one to keep an eye on. As the tech develops, more companies will become involved, and it should get relevant blessings from regulators.

This technology is slightly more developed, which makes it the perfect time to invest…

Where to Find the Best Tech Stocks Today