The Dow just smashed through the 29,000 level, capping a roughly 50% gain in just the last three years. But this might not be the time for some investors to pour money into big-name stocks.

My top penny stocks this week are for investors wanting to dip their toes into the market… but one of them could still give investors a quick 100% return. 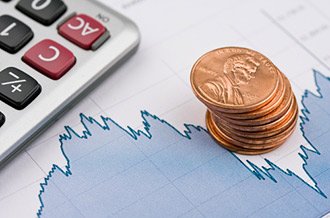 You see, it's been a good run for the major market indexes. But many investors view this growth as frothy. And they might be right.

The U.S. Federal Reserve cut interest rates three times in 2019. And the fear is that immediate Fed intervention could cause unintended harm to investors further down the road.

Luckily, penny stocks only trade under $5 and take huge percentage leaps in a very short amount of time. Our penny stocks today could surge 50% to 100% or higher in just a few months.

So we don't know what's ahead in the long term. But if you're looking to quickly match the performance of the markets over the last three years in the shortest amount of time possible, take a look at these three penny stocks.

Plug Power Inc. (NASDAQ: PLUG) is a manufacturer of clean energy systems. It taps into the growing demand for electric mobility and stationary power. The firm develops and commercializes hydrogen and fuel cell systems for the next generation of power around the world.

Shares have pulled back in recent months due to increased questions about electric vehicle markets in the short term. Most of these concerns appear to be shortsighted based on the shifting demographics and perceptions around electric vehicles. In fact, it's interesting to watch shares of Tesla Inc. (NASDAQ: TSLA) rally to all-time highs while PLUG shares are stuck in neutral. PLUG has a first-mover advantage in what could easily be one of the highest-growth industries this decade.

Shares of Plug Power currently trade at $4.14 per share.

However, we see a bullish case for the stock to hit roughly $6 by the end of the year. That price target represents a potential upside of 44% from current levels.

This next penny stock is a slightly riskier play. But it has even greater upside potential of 71%…

Opko Health Inc. (NYSE: OPK) is a biotech stock that operates in the pharmaceutical and diagnostic space. Shares have been falling since 2017 on concerns about share dilution and a failed development study.

That said, with penny stocks in the biotech sector, you're looking for companies that have something called "shots on goal" available to them. This means that the firm has trials and other product developments pending.

Currently, the company is reporting progress with its Rayaldee drug. It just received FDA approval for its 4kScore test for prostate cancer.

If just one of these "shots on goal" scores, the company's stock could easily break 30%, 50%, even 100% higher. And in some cases, these biotech penny stocks become compelling takeover targets for larger corporations looking to buy orphan drugs that can bolster their product pipeline.

Even more compelling, Opko Health has experienced a wave of insider buying over the last two months.

Shares of OPK are trading at just $1.46 per share. But the latest forecasts we're seeing give this stock short-term upside of $2.50 per share. That figure represents a potential return of more than 71% over the next 12 months.

That's a strong return. But my top penny stock to buy today could more than double your money…