For maximum returns in 2019, investing in Bitcoin was the runaway winner.

If you followed the price of Bitcoin even casually through the course of the year, you know that it was much higher than it is now in the spring. In fact, Bitcoin ended the year down 48% from its June 26 high of $13,879 (according to CoinDesk figures). 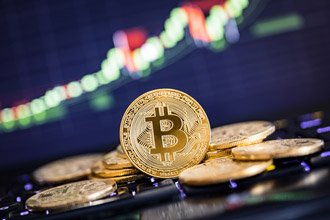 But no other asset class or sector was even close to Bitcoin. Palladium, up 51%, was a distant second. Oil was up 34%. Gold rose 18.3%. Among stock sectors, information technology was tops at 50.3%.

That's one reason many Bitcoin investors just buy and hold (or "hodl," as they say on crypto Twitter). While Bitcoin is extraordinarily volatile, over the long term, it has delivered extraordinary returns...

Why Investing in Bitcoin Was the Best Move of the Decade

It's not easy to estimate Bitcoin's gains from its earliest days, because few people knew of it and there was no way to trade it in its first year of existence (2009).

The next year, though, that started to change. According to BitcoinWiki.org, the first Bitcoin exchange, the long-gone BitcoinMarket.com, started trading March 17, 2010.

For months, one Bitcoin was worth less than a penny. But in July, Bitcoin's first major rally took the price all the way up to $0.08. Still, that represented a five-day gain of 1,000%.

Several articles that appeared at the end of December used that $0.08 figure as the starting point for the Bitcoin price.

But is it too late to buy Bitcoin?