After two years in the doldrums, cryptocurrency prices spiked across the board today (Tuesday).

Many cryptocurrencies were up by double digits, and a few posted huge gains. Bitcoin SV, one of several coins that forked from Bitcoin, was at one point up more than 100%. Another forked coin, Bitcoin Cash, was up 22%. 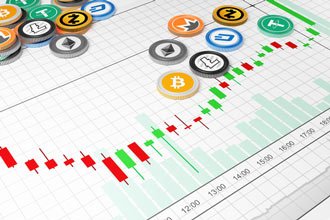 The collective value of all cryptocurrencies (excluding Bitcoin) rose by $11 billion in just 24 hours, from about $69.5 billion to $80.5 billion.

The strong price increases were celebrated on crypto Twitter as the return of "altseason." The first altseason occurred in 2017, when initial coin offerings were all the rage. Back then, newly introduced coins commonly rocketed by thousands of percentage points in a matter of days or even hours. Billions of dollars were invested in such cryptocurrencies then.

But those huge price gains did not hold. Many cryptocurrencies eventually fell 80%, 90%, or more. Some crypto investors who bought them gave up and sold them. But others held on, hopeful altseason would eventually come back.

Of course, one day of strong gains does not an altseason make. Crypto prices could fall again. But today's spike suggests cryptocurrencies aren't as dead in the water as many skeptics had believed.

Which leads us to the question: Why now?

How Cryptocurrency Investing Just Got a New Lease on Life