Today, we're here to tell you to forget everything you've ever heard about Bitcoin…

Because we're going to lay out one simple fact.

In 2010, Bitcoin was trading for three-tenths of one penny. 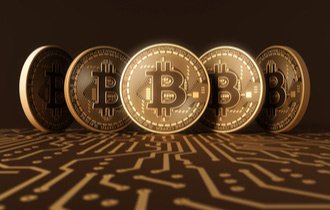 For the cost of dinner out with your spouse, you could've made over a quarter of a billion dollars.

And that's assuming you held on through Bitcoin's so-called "crash."

If you sold at Bitcoin's all-time high, that same $1,500 investment would've made you the 46th richest billionaire in America.

No other investment in the history of the world has offered that kind of return.

Actually, the only investment that comes close are other cryptocurrencies.

Because since Bitcoin first launched…

There can be no dispute of the millionaire-making potential cryptocurrency has enjoyed for the last decade.

The only question is… what happens now?

According to Money Morning Tech Specialist Michael A. Robinson, Bitcoin is about to enter into its third wave.

And we are already seeing the very beginnings of it.

And make no mistake; it's just getting started.

And if it does, it's going to create a whole new group of millionaires.

Click here to access the Bitcoin 2020 Masterclass – and learn how Bitcoin could mint the next class of millionaires, again…