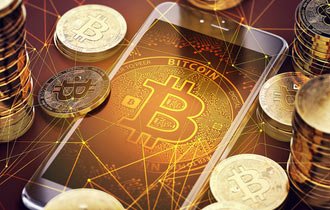 Over the last year, we've heard every single angle about the Bitcoin story.

Some people say it's the salvation of the global economy.

Other people say it's a complete scam.

And with all that noise, it's virtually impossible for the average investor to know what to do and what to think.

So today, we're here to tell you to forget everything you've ever heard about Bitcoin…

Because we're going to lay out one simple fact.

In 2010, Bitcoin was trading for three-tenths of one penny.

With just $0.30, you could have become a millionaire.

Now, Bitcoin has had two waves of insane price jumps since 2010.

All signs point toward Bitcoin potentially entering into its third wave.

And we are already seeing the very beginnings of it.

And mark my words: It's just getting started.

And if it does, it's going to create a whole new group of millionaires.

There are several things that are going on all at the same time in 2020 that have simply never existed before.

In the Bitcoin 2020 Masterclass, we'll outline all the factors that could send Bitcoin absolutely soaring again.