Innovation is the lifeblood of any industry, and because it is so vital, getting in on the ground floor can be a monster moneymaker.

That's why startup investing can be so powerful. 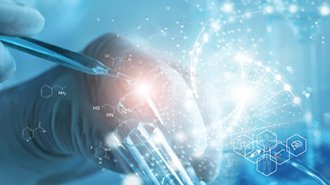 Just look at what's going on with a new biotech startup. Innovations that can save time and/or money brining new drugs or therapies to market will become highly desired, both from an industry point of view and for investment.

One biotech startup claims it can slash the cost of developing successful drugs. In fact, it is so confident that it thinks it can fill its pipeline line for the next decade.

Silicon Valley just helped add $200 million in funding for it too. And besides profits, which should be huge, this company will be able to bring medicines to people who otherwise might not have been able to afford them. Think about the immediate goodwill and potential global customer pool.

We're talking about a new company called EQRx, and it plans to develop patent-protected drugs that cost less than similar top-shelf medicines now on the market. Just last week, it launched with $200 million in series A venture capital funding.

In a high-risk, high-reward industry, the plan is to cut failure rates from 90% to 40% using something it calls "precision medicine." Basically, it wants to reengineer the whole process from start to finish, slashing end-user costs and turbocharging the process to bring vital drugs to market in much less time.

But there is a catch for would-be investors. EQRx is still a private company. There are no shares to buy on the stock exchange, and that means only venture capitalists have access.

But even so, the company's story can still make money for investors. It is an example of what makes startup investing so powerful. It isn't trying to compete by offering the same stuff the established players do; it offers the sort of innovation that, if it works, could change the world.

Disruption at its best.

There will be similar innovation coming out, and the potential for profit and serving the needs of people around the world is tremendous. It is truly an exciting time in biotech, and that's why money is pouring in.

The question now is how individual investors can ride this wave with EQRx, if not directly in it.