The federal government estimates it will spend over $51 billion on information technology (IT) for its civilian agencies this year.

That's only a 1.9% increase from 2019's $50 billion. But multiple analysts agree that it could spell 108% growth for our best penny stock to buy today. 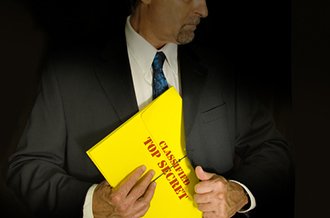 It's not so much an increase in federal IT spending that's driving these profits, though. It's what kind of IT they're spending on.

Most of us are fully aware of a sweeping evolution from stationary tech to mobile, cloud-based systems. It's been unfolding right in front of us for a few years now.

But this year, all the hype around 5G networks is materializing, wearables are becoming more advanced, and the general public is starting to catch onto what a "blockchain" is.

Last year, Gartner predicted 17% growth in cloud services in 2020. The company's vice president, Sig Nag, even came out saying that "cloud adoption is mainstream" at this point.

These trends point to a big year for all things telecom. And that makes it a big year for our top penny stock today, one that could double your money...

Why You Don't Know About This Penny Stock

As you well know, the federal government tends to lag behind these trends. It will usually adopt novel tech at a slower pace than the private sector. And the rising speed of tech development hasn't done it any favors.

So this year, the federal government is going to need to look closer than ever at mobile security and identity management through the cloud. And it appears to be doing just that.

Enterprise software consultant Deltek projects the government's cloud computing expenditure will increase by around $4 billion in the next five years. And that's also going to boost our top penny stock right now.

Also moving this penny stock, cloud adoption is still on pace to grow an average of 17.1% per year through 2021, according to Gartner.

When the market catches wind of an oncoming trend like this, the penny stocks in that industry will make the biggest moves first. Due to their low share price - under $5, according to the U.S. Securities and Exchange Commission - the best penny stocks can turn in gains of 100% or even 1,000%.

Even a broader market trend can bump a good penny stock. For example, Senmiao Technology Ltd. (NASDAQ: AIHS) rocketed 268% last November as the Dow Jones climbed to a record high that day.

This penny stock, however, will soar on a more specific trend. And it's one that won't go out of style anytime soon.

In fact, it will probably be closer to the core of federal IT spending as time goes on.

So this could also be a penny stock to hold for the future, as well as a 108% growth stock in the near term...