It's not much of an exaggeration to say that everyone knows Amazon.com Inc. (NASDAQ: AMZN) is a true juggernaut. From its humble beginnings as an online bookseller, it now commands a retail, cloud, logistics, and content empire that many say single-handedly put shopping malls out of business. 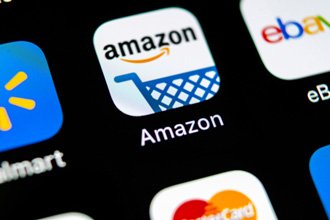 The company is now worth more than $1 trillion after reporting a monster $6.47 earnings per share this week, sending the stock up nearly 10%. Analysts were only expecting $4.03 per share.

And its $3.3 billion in profits was made that much sweeter because its initial holiday forecast several months ago was so dour.

The reality is Amazon is unstoppable. As of June of last year, it had an estimated 105 million people paying it $119 per year just to be members. These Amazon Prime subscribers pay for streaming services, free shipping, and exclusive shopping deals. We'll do the math - that's $12.5 billion just for singing up. That doesn't include the products these members pay for.

It's a good model, right?

But Amazon's customers aren't paying just to have books shipped to them more quickly. The company offers nearly every type of product under the sun, from same-day grocery delivery to the latest technology, much of which Amazon makes itself - and one day, if Amazon Chief Jeff Bezos has his way, a space program, including a lunar lander.

That means Amazon isn't just one of the biggest companies in the world; it's also its biggest disruptor. Legacy companies trying to compete with Amazon are living on borrowed time.

While the media has talked a lot about how Amazon is a threat to some major businesses like grocery stores or book sellers or even delivery companies, some lesser thought-about companies could be the next victim.

Here are three that are already at risk.

You do not want these stocks in your portfolio...

Stocks Amazon Will Disrupt, No. 1

In the "old" days, everyone would drive or bike to the store to rent movies and video games. GameStop Corp. (NYSE: GME), as its name implies, was the king of game software and hardware sales and rentals.

But the company is quickly becoming as irrelevant as Blockbuster. Its holiday sales dropped 28% between 2018 and 2019, just as Amazon's profits shattered expectations.

Think about it. Would customers rather drive to a shopping center, stand in line, and hope the game they want is in stock at a price they're willing to pay, or have Amazon ship it to them in a day?

Sure, GameStop can try to innovate, but compared to Amazon's size and diverse offerings, it's almost doomed.

Stocks Amazon Will Disrupt, No. 2

When it comes to auto parts, O'Reilly Automotive Inc. (NASDAQ: ORLY) is one of the biggest names in the country. This retailer of batteries, antifreeze, and spark plugs was actually one of the top-performing stocks of all industries for the decade ending last year. On a total return basis, it gave investors a whopping 1,060% gains.

But that was before Amazon started selling the same products. And with free two-day shipping for Prime members, too.

Amazon isn't limited by what can fit on the store shelves either. Auto parts stories like O'Reilly have to stock parts of the most popular cars, but they have to special order anything unusual.

Basically, anything you can sell, Amazon can sell better. Since late October, O'Reilly stock went absolutely nowhere, and this month, it looks like it's rolling over to play dead. And it won't even extend its local store price match policy to online competitors.

But our next stock is facing an even bigger obstacle.

Stocks Amazon Will Disrupt, No. 3