Investors trying to figure out how to short Bitcoin have to navigate a lot of confusion.

A quick Google search will turn up many so-called guides on "How to Short Bitcoin." But for most investors, particularly those living in the United States, these guides are at best incomplete and at worst misleading. 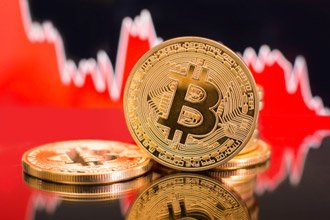 Many offer a half dozen or more ways to short Bitcoin. It sounds great until you realize many of the suggestions aren't available to U.S.-based investors. Time and again, U.S. regulations stand in the way.

For instance, some articles suggest investors use a type of derivative called a CFD (contract for differences) to short Bitcoin. CFDs are illegal in the United States.

But prediction markets exist in a legal grey area in the United States. The Commodity Futures Trading Commission (CFTC) has acted against some while letting others operate by way of a no-action letter. And where Bitcoin is concerned, most prediction markets have too little activity to be of practical use.

Using cryptocurrency exchanges is another common suggestion. It makes sense, since most U.S. online brokerages have built-in tools for shorting stocks and exchange-traded funds (ETFs).

Just Revealed: Most people don't realize these "other" currencies even exist. And if you're one of them, you're missing out on potential millions. Full story here.

But while many crypto exchanges do offer a way to short Bitcoin and other cryptocurrencies, few allow U.S. customers access to those features. (There's one notable exception, which I'll get to in a minute.)

Nevertheless, U.S.-based investors do have ways to bet on a drop in the price of Bitcoin, even if they don't all meet the strict definition of "shorting."

How to Short Bitcoin if You Live in the United States

Retail investors in the U.S. have several options for shorting Bitcoin:

Each of these will work, but there is one way to short Bitcoin that beats any of these...

The Best Way to Short Bitcoin