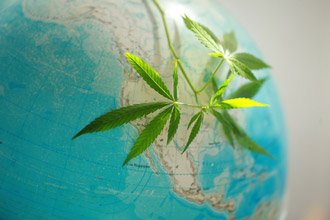 The wave of marijuana legalization in the United States gets most of the attention from investors. But a similar push for legalization is happening around the world.

And the spread of marijuana legalization around the world has the industry's value through the roof.

According to the National Institute for Cannabis Investors, legal marijuana was a $10.8 billion market in 2018. But by 2029, it's estimated the market could hit a whopping $2.6 trillion in annual sales.

Best of all, the vast majority of countries in the world have not passed any cannabis reform at all. So if you're afraid you've missed the boat when it comes to investing in cannabis, think again. We are still very much in the early phase of this sector's history.

Before we look at the eight countries that have legalized recreational cannabis use, here are the 34 nations that currently allow medical marijuana.

List of Countries Where Marijuana Is Legal for Medical Use

Below is the full list of nations that have legalized medicinal marijuana. Not every country has blanket legalization however, and many have very specific requirements.

While each of those countries is boosting the size of the global cannabis market, the following eight states are the ones truly leading the revolution.

Here are the countries that have legalized cannabis for recreational use…

Countries Where Marijuana Is Legal for Recreational Use