The presidential election cycle can sometimes uncover predictable trends in the stock market. And this is profit potential for investors looking for new options trading patterns.

The average first year of a presidency typically sees the stock market gain. Hope and promises from the new chief executive keep prices buoyant. But then in the second year, tougher policies, including potentially higher taxes, take the optimism out of markets. And that puts a little pressure on prices. 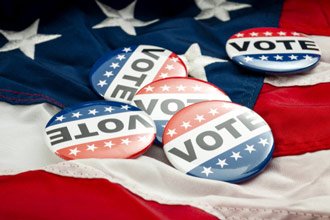 President Trump's first two years were clearly exceptions, and the market went practically straight up. But following the mid-term elections, the stock market had a very choppy 2018, which included an actual market correction, classified as a 20% or more price decline.

But in the third year of an administration, policies designed to keep the current party in power come to light, via a "goosed" economy, and stocks generally do rather well. Last year certainly was one for the record books – the Dow added over 21% in 2019.

Now, in the fourth year, as the Iowa caucuses just kicked off the primary season, the worry of potential changes in policy surface. Stocks typically have a good, not great year.

Typically, election years are bullish. But according to Tom, the uniquely tense political climate could result in a "seesaw effect" later in the year. That means the trend will be more uncertain than normal.

Good news: There's an options play for that. It's called a "spread." If you already know how to execute one of these, Tom has more specific options plays you can use further down…

The Options Trading Pattern for the Election

Last year, we might have said that a simple call-buying strategy would be the best and most cost-effective plan. After all, we would have been confident in the market's trend.

But this year, we are less confident, thanks to the Tom's research. Therefore, a simple options spread trade fits the bill. It allows us to participate in the upside but limits the downside. And it costs less, too.

Don't let the name scare you. A spread trade is just buying one option and selling a related option. The money you collect for the sale of the second option partially offsets the cost of the option you buy. And the net result is that you are in the market with less risk.

Here's an example of what you'll do, given the somewhat bullish history of the last year of a presidential term.

How to Create an Options Spread

John, thanks for being a Money Morning reader!

The $55 call listed in this story is a hypothetical example to illustrate how this trading strategy works. Although, you can certainly put this strategy into practice on whichever options you are interested in.

If you are hoping for complete trade recommendations, I advise checking out our latest Fast Profits story, where we offer a weekly option trade from one of our industry experts.

Or, feel free to get more option-related information from America's No. 1 Pattern Trader, Tom Gentile, at his free newsletter Power Profit Trades.