SoftBank Group Corp. (OTCMKTS: SFTBY) might be in trouble.

Today, anyone can make life-changing profits by doing exactly what SoftBank does, but simply doing it better. And believe it or not, it's easy.

Softbank has built a reputation as a startup investor, pouring money into Silicon Valley ideas in the hopes of owning the next Facebook Inc. (NASDAQ: FB). Its Vision Fund has $100 billion in startups, making Softbank stock a backdoor play on the startup market. 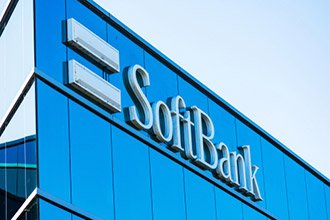 In addition, it has a piece of Sprint Corp. (NYSE: S), Yahoo Japan, and Brightstar Mobile. Its portfolio spans telecoms, broadband, Internet commerce, computers, and microprocessors.

That all sounds great. But it turns out SoftBank is a prime example of what not to do when investing in startups. Here's where it messed up.

SoftBank Is Eating Itself from the Inside Out

Softbank is betting it can use its money to create the next big winner by cutting costs and growing market share. But now it's finding that it is competing with itself in a race to the bottom.

The funny thing here is that SoftBank owns chunks of all three companies.

Basically, in order to make them profitable, Softbank has to beat down the competition from the others and secure market share. It would be stuck throwing money at one company and hurting the others. Some have called that a circular firing squad, and of course, it is bad for SoftBank's business.

It's almost as if it got so big there was nothing left out there for it to finance. Softbank's size gets in the way of its bottom line.

And that's a cue for individual investors who want to tackle startup investing...

How Anyone Can Beat SoftBank