Kentucky marijuana legalization has long been a distant possibility, but a shocking new poll from the Foundation for a Healthy Kentucky shows it may not be such a long shot.

And it couldn't have happened at a better time for legalization efforts. 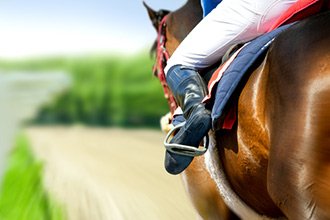 The poll's findings show that 90% of Kentuckians favor legalizing marijuana for medical purposes, up from 78% in 2012.

Kentucky has some of the most restrictive marijuana laws in the country and currently only allows patients to get a low-THC oil if prescribed by a physician.

But the Kentucky state legislature is currently debating a bill that would legalize medical marijuana starting on Jan. 1, 2021. Kentucky's Senate President, Robert Stivers, says there is a "narrow path" for the bill to become law, but it has bipartisan support.

A poll showing nearly all Kentuckians support legalizing medical marijuana may give the bill enough momentum to get passed.

It gets even better too.

The poll found that 59% of Kentuckians favor marijuana legalization "under any circumstance." That's up from just 38% in 2012.

While Kentucky isn't voting on recreational marijuana legalization anytime soon, it's another sign of how quickly Americans' opinions are changing on the plant.

And it means you still have a chance to make money on the cannabis industry's growth.

There are 9 Bills pertaining to cannabis that have been filed..Senate Bill 105, sponsor Perry Clark, is an Adult Responsible Use Act. House Bill 148, sponsor Cluster Howard, is an Adult Use Bill. HB221 is a Decrim Bill! Please don’t forget these Bills!

Politicians are supposed to respresent the will of the people, and the people overwhelmingly want marijuana legalized "under any circumstance", yet Kentucky's Senate President, Robert Stivers, says there is a "narrow path" for the bill to become law.

Doesn't sound like Mr Stivers gives one crap about what the people of Kentucky want.

So how about if a new law was created so that if any politician knowingly went against the (overwhelming) will if the people, they faced a two year minimum prison sentence.

If that happened, I think Stivers "narrow path" would suddenly widen.

I think thats a wonderful idea, It will keep those elected accountable to us taxpayers. "In our interest or in a cage- You Choose"