Investors continue to eye ongoing developments on the legalized cannabis front. States across the country continue to press forward with legalization efforts.

There's a chance we'll see an expansion of legalization during the 2020 election. And it could mean a 98% windfall for our best marijuana stock to buy right now.

Today, let's examine the headlines in the cannabis space and take a look at the best marijuana stock to own right now.

We'll start with the Midwest, where cannabis interest has already begun spreading… 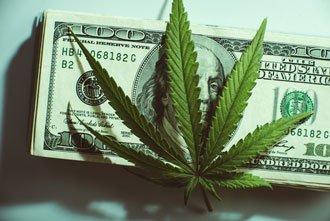 The Illinois Department of Financial and Professional Regulation said that the state reached $39 million in cannabis revenue in January. The agency says that state residents purchased more than $30.6 million; non-residents purchased $8.6 million in recreational. The state expects to continue this blazing level of sales in 2020.

Now, a nearby Midwestern state is reportedly considering a similar legalization effort. Rumors are swirling that Minnesota Democrats are seeking to expand beyond existing medical marijuana laws. Democratic state representatives are pushing for a bill that would make the state the 12th in the nation to legalize recreational cannabis.

However, it appears unlikely that such a bill would pass with a Republican Senate in control of local calling bills for a vote. Also, there seems to be significant opposition due to local traffic safety.

It appears that the Trump administration is more hostile to cannabis legalization than previously thought. This week, the White House released its 2021 fiscal year budget. The document reveals several provisions that could limit the expansion of legalized medical and recreational marijuana.

The new budget calls for the removal of a rider that prevents the U.S. Justice Department from using funds to stop states or territories "from implementing their own laws that authorize the use, distribution, possession, or cultivation of medical marijuana."

The spending plan also calls for funds to be set aside for greater FDA "regulation of cannabis and cannabis derivatives." Finally, the spending bill contains another rider that prevents Washington, D.C., from using local tax dollars to legalize cannabis sales.

Still, the industry is ready to explode at the state level. And this cannabis stock is ready to soar when it does.