It turns out China was behind the 2017 Equifax Inc. (NYSE: EFX) breach of 150 million Americans' private data. And it's revealing the cyber future we've been talking about all along.

The cybersecurity industry was worth around $140 billion last year. It's predicted to be $300 billion by 2024. And this 114% balloon could create a windfall for our top cybersecurity stock. 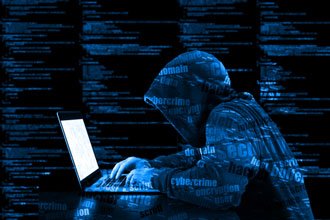 This latest news is the best example of why cybersecurity is more important than ever right now. It further uncovers the road ahead for the tech sector and the merging of cyber with physical security.

Cybersecurity Ventures predicts that cybercrime damages will amount to $6 trillion globally by next year. And the cost is only going up.

Equifax had to pay $700 million to compensate victims, according to an agreement with the U.S. Federal Trade Commission last year.

The U.S. Department of Justice pinned four Chinese military officials with the breach on Monday (Feb. 10). Trade secrets were compromised, in addition to customer data.

U.S. officials have treated the matter as "cyberespionage" in their statements.

Attorney General William Barr said it was a "deliberate and sweeping intrusion into the private information of the American people." Secretary of State Mike Pompeo even warned of further instances. He told American governors around the country that it's "happening in your state."

But despite the sophistication of the Chinese hackers, there's a more common way to have your data stolen: e-mail phishing.

One of the largest phishing attacks in history stole a total of $1.5 million from thousands of different bank accounts.

Phishing makes up almost 50% of total losses from Internet crime tracked by the FBI. And that's why it's the surprising trend driving cybersecurity stocks today.

Why E-Mail Phishing Is Still Relevant

There's an old saying in motorcycle riding that your first fall happens once you're comfortable.

Most people using the Internet like to think they would be impervious to e-mail phishing scams. But they can be surprisingly effective.

It's as easy as receiving an e-mail that appears to be an official memo from your bank. That happened to thousands of bank customers in Operation Phish Fry in 2009.

These schemes are only growing more elaborate. And most Americans simply aren't prepared, despite what they might think.

It's like how 64% of Americans consider themselves "excellent" drivers. We know that's not true. That's how they get you.

Money Morning Defense and Tech Specialist Michael Robinson tells a story about cybersecurity experts in Lafayette, Calif. The city found out it had a 40% fail rate when it came to spotting a phishing e-mail. That means two out of five people opened bad links or attachments.

Many of these people were probably intelligent and technologically proficient.

Hackers are getting better at knowing their targets, and there's no better proof than the growing cost of damages we mentioned earlier.

That's why our best cybersecurity stock to buy today is one that goes back to the basics.

You do everything through e-mail. The password reset code for your online banking or your investing account is sent there. That's something no one wants to compromise.

And that puts one company's services in the highest demand it's ever been.