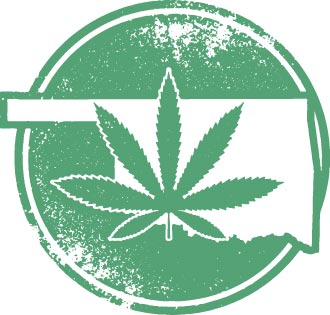 One of the most exciting parts of the cannabis legalization trend is how universal support for it is. Although deep in the heart of "red state country," Oklahoma has one of the most liberal medical marijuana laws in the country.

And it's still planning on expanding its cannabis laws.

That's great news for investors. Today, we'll give you an edge on the market by showing you the five stocks with the most at play in Oklahoma.

Before we get to the marijuana stocks, here's why Oklahoma became one of the biggest surprises of the legalization movement...

Why Oklahoma Marijuana Legalization Is Such a Success

While Oklahoma adopting one of the most open medical marijuana policies might've been a surprise, its success wasn't.

Cannabis has taken hold so strongly that there are actually licensed dispensaries competing with each other on the same city block, not unlike Starbucks Corp. (NASDAQ: SBUX). Retail sales topped $345 million last year.

But it hasn't stopped there.

The state is now considering full recreational legalization as well. A petition was filed to amend the Oklahoma Constitution to legalize recreational marijuana for residents 21 and older.

With a 15% excise tax, that could also be a boon for the state's coffers, which can only push politicians to support the initiative.

This is yet more proof of how the legalization wave sweeping the country really has no political affiliations. People - and legislators - are waking up to the fact that the cannabis plant is chock full of compounds that can treat many conditions, improve general wellness, and yes, even provide recreation.

And it just shows what an opportunity cannabis legalization is for investors.

We're still in the initial wave of the green gold rush, and there is still plenty of investing opportunity. If you feel like you've missed the boat, think again.

We've really only just scratched the surface of what cannabis can do, and we've got the best stocks to buy to profit from the cannabis explosion in Oklahoma. They will position you for even more profits when recreational weed is legalized there soon.

It is nice that celebrities have jumped on the bandwagon to promote wellness through cannabis. The real strength comes from public support, which is at an all-time high. Thirty-three states have legalized it in one form or another (with more on the way), and $12.8 billion in new wealth has been already been created.

"There's no denying it," said Money Morning Director of Cannabis Investing Research Don Yocham, "This market is an unstoppable economic force." Once the federal government ends cannabis prohibition nationwide, all bets will be off - demand will boost share prices through the roof.

Some of the companies Don highlighted in his daily cannabis profits newsletter have already put down roots in Oklahoma.

The 4 Oklahoma Marijuana Stocks to Watch