Editor's Note: Our NEW premium stock pick could double in the next 12 months. There's still time to get in on the BIGGEST gains if you act fast. Get it now for free.

It may not seem like it, but a recession in 2020 is a serious possibility.

In fact, researchers at MIT have developed a new recession prediction model that says the chances are at 76% right now. 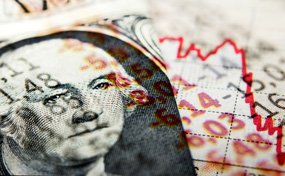 With the S&P 500 surging 20% higher over the last year and sitting near record highs, a recession might be the last thing on investors' minds. The economy is humming too. Unemployment is at a rock bottom 3.6%, and GDP grew 2.1% last quarter.

But according to another metric, this is no reason to be complacent.

It's called the "Mahalanobis distance," and it was originally designed to analyze human skulls.

The Mahalanobis distance is simply a statistical measure of how one point relates to a larger group. You can use it to compare how one skull relates to a group of skulls, or how one time period in the economy compares to another.

The MIT researchers used it to compare our current economy to our economic history.

This indicator rose before every recession going back to 1916, and it currently shows a probability of 76% for the next recession to hit in the next six months.

Of course, a 76% probability doesn't mean a recession is guaranteed to happen. Even if the economy slips into a recession, a stock market crash isn't sure to follow either.

But it's a sign investors can't let the great stock market returns lull them to sleep.

A sudden downturn or even market crash could wipe out all of last year's gains or worse. But vigilant investors can hedge against this risk by getting ahead of the curve.

And it's as simple as making one investment…