Markets have roared since the Federal Reserve cut rates three times in a row in the final months of 2019. Great for growth investors, not so much for savers.

And it looks like the Fed might want to keep interest rates lower for longer. In times like these, many investors look to the top dividend stocks for safety.

Today, we break down the biggest dividend news. We'll also discuss a new dividend stock on our radar that is now a screaming "Buy."

This first one just raised its annual dividend...

This week, Walmart Inc. (NYSE: WMT) reported lackluster earnings. However, the company increased its annual dividend by 1.9% to hit $2.16 per year. 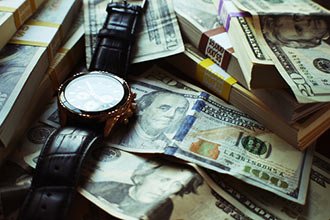 Walmart continues to boost its dividend and tease buybacks as a way to attract investors away from Amazon.com Inc. (NASDAQ: AMZN), its primary online competitor.

Walmart also announced that it spent roughly $11.8 billion over the last 12 months on dividends and buybacks. Meanwhile, Amazon spent no money on the same practices.

BONUS: These five high-yield, low-risk “alternative investments” trading in plain sight are your secret weapon for jump-starting income and increasing your returns. Click here to get them instantly for free...

The difference in such practices are core to the company's goals. Walmart is focused on building trust with investors and placing an emphasis on profits and cash flow. Amazon, meanwhile, has effectively reset Wall Street's expectations and encouraged investors to focus on revenue growth and pivots into new business lines where it can dominate.

That's what separates Walmart as one of the best dividend stocks to own. You may be familiar with this next top dividend stock as well...

Harley-Davidson Inc. (NYSE: HOG) is an iconic motorcycle maker. However, shares have been under pressure in recent years due to the challenge of selling motorcycles to younger customers.

Despite concerns about cash flow, the firm announced it would increase its quarterly dividend by 1.3% to $0.38 per share. It also authorized a plan to purchase back upward of 10 million shares of the company. However, the company has struggled in positive economic times. Most people on Wall Street and on Main Street are worried about what could happen to HOG stock if the United States and global economy fell into recession.

It's looking better for this next company, which has rallied over 60% since September.

Domino's Pizza Inc. (NYSE: DPZ) is one of the top delivery companies in the world. Since I wrote about the company and recommended it back in September 2019, shares have rallied 62.9%.

It looks like the company has even further to go in the wake of its earnings report on Thursday. The pizza maker shattered earnings expectations with news that profits increased by 19% year over year, while revenue jumped 6%. The company successfully bypassed competitor delivery companies like GrubHub Inc. (NASDAQ: GRUB) and UBER Technologies Inc. (NYSE: UBER).

The company also announced it would hike its quarterly dividend by 20% to $0.78 per share. The firm has successfully boosted its takeout order program, boasting that 45% of its domestic orders during the third quarter came from takeout orders.

But another significant dividend hike just came from UPS...

United Parcel Service Inc. (NYSE: UPS) announced that it would increase its dividend by 5.2% as the firm attempts to establish greater investor confidence and attract new capital. The firm's dividend on Class A and Class B shares has increased to $1.01 per quarter, or $4.04 per year.

UPS followed a number of other transportation companies in hiking its dividend this month.

Now, the moment you've been waiting for. Here's our best dividend stock to buy right now.

The Dividend Stock to Buy Today