There is nothing that excites the imagination more than outer space. Up until recently, the only way to get there was to become an astronaut. 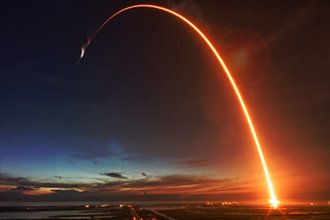 But starting in 2001, a new industry called "space tourism" was born when American Dennis Tito, the first paying customer, was launched in a Russian Soyuz spacecraft brokered by a company called Space Adventures. He spent eight days on the International Space Station.

Now Elon Musk's SpaceX is back in the news after signing a deal to take customers to orbit in the next two years. We've all seen the company's rocket launches, its early failures and then successes landing its rockets back on Earth for reuse. We've all joked about Musk launching his own Tesla Inc. (NASDAQ: TSLA) roadster into space as the ultimate marketing gimmick.

Given Musk's very vocal wishes to visit Mars sometime this decade, it's natural for investors looking for that "next big thing" to want to buy stock in SpaceX.

But there's more to the story.

Here's what you need to know about a possible SpaceX IPO and how you can start investing in space travel right now.

The SpaceX IPO Isn't Your Only Option