The National Institute for Cannabis Investors has one simple goal…

To show you how to build a multimillion-dollar cannabis portfolio.

That's why, today, the team has something special that should give you a giant head start.

The cannabis industry, as we know it, is still new.

And we're about to see something we've only witnessed once before. 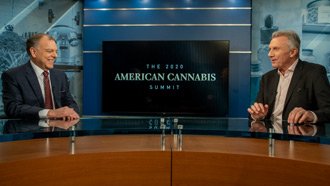 Back then, it was definitely phase 1 for cannabis companies.

Most investors were scared to invest in these stocks.

That was about to change.

You had eight states voting to legalize cannabis in the coming months.

This created a situation where two massive forces could converge.

It was a powder keg waiting to explode.

During phase 1, the Institute released all of its research on its top cannabis stocks.

Then all eight states passed their laws. In the months that followed, every stock the Institute recommended shot up.

CannaGrow jumped as much as 456% in a month and a half.

General Cannabis Corp. was up to a peak of 642% during that time too.

It took InMed Pharmaceuticals about four months to hit a 617% peak gain.

Mentor Capital peaked at as much as 1,828% in less than six months…

We could be about to see an even bigger explosion.

The cannabis industry reaching $12.8 billion in North America is quite an accomplishment.

Yet once again, cannabis stocks are trading for pennies on the dollar.

This time it's due to the industry entering phase 2, where a lot of the early companies – after soaring in value initially – failed to live up to their promise.

Some went out of business – others have pulled back. And that has had an effect on the entire market.

As an investor, this is an enormous buying opportunity.

They shouldn't be bargains much longer.

A major election is on the horizon with 18 states voting on new cannabis laws leading up to and on election day.

This could develop very fast.

The Institute wants new members to be able to immediately acquire stakes in the stocks that could pop the fastest in the months ahead.

So the team just identified the top 10 to buy right now.