If you're serious about making money in the year ahead, you need to tap into the rebound of cannabis stocks in 2020.

Two years ago, cannabis stocks heated up on speculation of broad-scale legalization for medicinal and recreational marijuana across America. 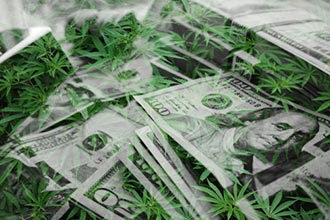 Stocks have since pulled back from record highs as investors set more reasonable expectations for the year ahead. But cannabis stocks are about to surge again.

At the moment, the trends and fundamentals point toward a massive movement that aims to legalize medicinal and recreational cannabis at the state and federal levels.

According to a study by JAMA, the number of Americans over the age of 65 who smoke cannabis or use edibles doubled between 2015 and 2018. The report shows that seniors are increasing use as an alternative to prescribed pain medications and sleeping aids.

Bloomberg said politicians should wait for further studies by research centers to determine the impact of cannabis on Americans, particularly younger citizens who have not fully developed.

Sanders, however, promised that he would quickly remove cannabis from the Schedule 1 drug list. He also promised to help clear the way to set up businesses for African Americans and Hispanic Americans to allow them to legally sell cannabis. He said he preferred that system of distribution to a "handful" of corporations controlling the legal cannabis trade.

Speaking of last night's debate, Sen. Elizabeth Warren (D-MA) has outlined her plan to legalize cannabis across the United States. According to Warren's campaign, her plan pushes to legalize cannabis through Congress. She would also push the MORE Act (Marijuana Opportunity Reinvestment and Expungement Act). Should Congress refuse to act, she would appoint various agency heads at groups like the DEA, FDA, and ONDCP who support legalization. In addition, she would work to expunge marijuana convictions, reinstate the Cole Memo, and fund new research to promote greater decriminalization and economic opportunity.

The State of Virginia may soon legalize smokable hemp. According to Marijuana Moment, state lawmakers have sent a new bill that will rule that smokable hemp products can be sold to adults 21 years or older. The law will land on Governor Ralph Northam's desk next Monday.

At the same time, both chambers of the state's Congress have passed separate bills that would decriminalize marijuana possession. Although the decriminalization bills have many similarities, the two chambers are attempting to resolve differences in committee to prevent the need for additional conference meetings to expedite this bill and get it on the governor's desk.

Will Ohio Legalize Marijuana in 2020?

New reports indicate that Ohio may put recreational cannabis on the 2020 election ballot. State medicinal marijuana growers are helping to form a new coalition that would allow legal recreational sales in the state. Lawmakers are considering a state constitutional amendment that would enable anyone 21 or older to purchase cannabis. In addition, the new bill would allow individuals to possess up to an ounce of cannabis and cultivate up to six plants.

Supporters of the bill will need more than 440,000 signatures by July 1 to qualify for the ballot. According to reports, the coalition is spending millions of dollars to hire professional signature gathering companies.

We spared no expense… called in every favor… and we were still absolutely blown away by the sheer amount of cannabis investing secrets that came out of the 2020 American Cannabis Summit. Legendary Quarterback Joe Montana revealed his top cannabis trend. Master cannabis investor Danny Brody revealed how to potentially spot a MONSTER IPO. And America's No. 1 Pattern Trader, Tom Gentile, showed us how to hone in on small-dollar plays with soaring profit potential. Did you miss the event live? Don't worry. We recorded the whole thing. And you can view it right here – for FREE.