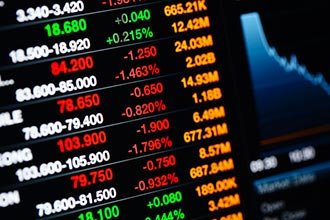 When this kind of volatility hits the market, you absolutely need a plan. That's exactly what we'll give you today.

Make no mistake: This type of volatility in the market is historic.

Last week was the worst for markets since the 2008 financial crisis. All major indexes fell into correction territory and are now approaching bear market levels.

Yesterday was a completely different story. The Dow rocketed 1,200 points higher. It was the largest daily point gain in the history of the Dow.

The question on everyone's mind: How long will this stock market volatility last?

Unfortunately, there is simply no telling.

The coronavirus epidemic is something economists refer to as an "exogenous shock." That means it's an impossible-to-predict event that didn't stem from the economy. The terrorist attacks of Sept. 11, 2001, are another example.

How far and fast the market will drop depends on how much the global supply chain is disrupted. Unfortunately, it's still too early to tell.

Another factor moving markets is the U.S. Federal Reserve. This morning (Tuesday), the Fed made the surprising announcement that it's cutting interest rates between meetings. The central bank dropped rates 0.5%. That's the same move the Fed made after 9/11.

What the market does next is anyone's guess.

There's only one thing that's certain: Investors need a plan going forward. Wild swings in the market can lead to panic and emotional investing decisions. That's the worst thing you can do.

For guidance, we turned to Money Morning's experts, who have seen it all over their decades in the market.

Will This Stock Market Volatility Continue?

According to Money Morning Executive Editor William Patalon, III, it's likely there are more down days ahead for the market. There are several reasons why.

The first is the high valuations.

"In short, stocks were expensive," he said. "That magnifies risk at any time. But risks are particularly exacerbated when earnings forecasts begin to wobble."

Companies across every industry have been cutting earnings forecasts. Analysts at Goldman Sachs Group Inc. (NYSE: GS) estimate corporate profits could drop 13% this year. They had previously expected profit growth of 7%.

Of course, that stokes fears of a recession…

"Coronavirus fears, worries about the stock market and the economy could turn into a self-fulfilling prophecy – with consumers canceling vacations and cruises and then pulling back on big-ticket outlays, and other discretionary purchases," Patalon said. "Investors dumping stocks could exacerbate those worries in a visible, but ancillary, way – by prompting consumers to further cut back on spending. That, in turn, will further squeeze corporate earnings, leading to additional share-price declines – with this cycle feeding on itself until a 'bottom' is reached."

While all of this is concerning, it's more important than ever to keep it in perspective.

As the old saying goes "stocks take the staircase up and the elevator down." So the drops always feel much more painful and sudden than the gains.

Patalon points to research from Barron's that says stocks have lost $4.6 trillion since peaking just a few weeks ago. But they've still accumulated $6.3 trillion since the sell-off in December 2018. Since the start of 2016, the Dow is still up 46%.

Don't get blinded by the near-term headlines. Yes, the markets could and likely will dip more. But maintain a long-term focus. Staying disciplined can be extremely difficult, but it's imperative.

Once you've maintained that mindset, here's how to act…

Protect Your Portfolio with This Action Plan

Very impressive and the results are amazing … quite unbelievable!?!
Wonderful … thank you for this opportunity.
I hope to be able to JOIN sometime as today I repeatedly received
the information …
"This page isn’t working. If the problem continues, contact the site owner.
HTTP ERROR 400" …?
Best regards,
Hubertus C.

If you are still having this issue, or if you require any sort of in-depth assistance, feel free to reach out to one of our Member Services Representatives at 1(888) 384-8339.