We've seen this show before. After the stock market hits a rough patch, almost on cue, riding a noble white stallion, comes the U.S. Federal Reserve to save the day with an interest rate cut.

What was unusual about Tuesday's rate cut was that it happened in between regular Fed meetings. It was billed as an "emergency rate cut." The last time we got one of those was during the financial crisis in 2008, after Lehman Brothers collapsed. 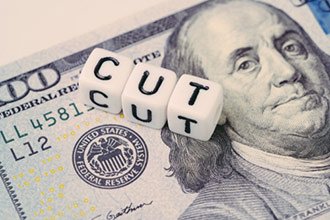 The idea is that lower interest rates will overcome coronavirus fears and keep businesses and consumers doing what they are supposed to do. Initially, the stock market jumped on the news, but then it faded in a big way. Apparently, the size of the cut spooked investors, who took it to mean that the Fed knew something we didn't and the economy was in real trouble.

It was exactly the wrong move.

"Lower rates aren't going to get consumers out if they're scared to go out," said Money Morning Capital Wave Strategist Shah Gilani. And they certainly won't fix the health problem we now face.

The real problem is that the Fed has very little left in its war chest to deploy to deal with the next real economic shock that comes along. And down the road, when the coronavirus is behind us, central banks will have to start pulling back the stimulus they intend to flood economies with. Markets know that's the other side of lowering rates to combat a crisis that eventually will pass.

So no, lowering rates isn't going to put a hard-and-fast support under weak markets. Still, pundits expect there's at least a good chance that is just what the Fed will do again in its scheduled meeting later this month.

But you don't need to waste your time wondering what the Fed will do and whether it will help or hurt stocks.

Instead, we'll show you the number to watch to know where the market will move next…

When to Get Bullish Again