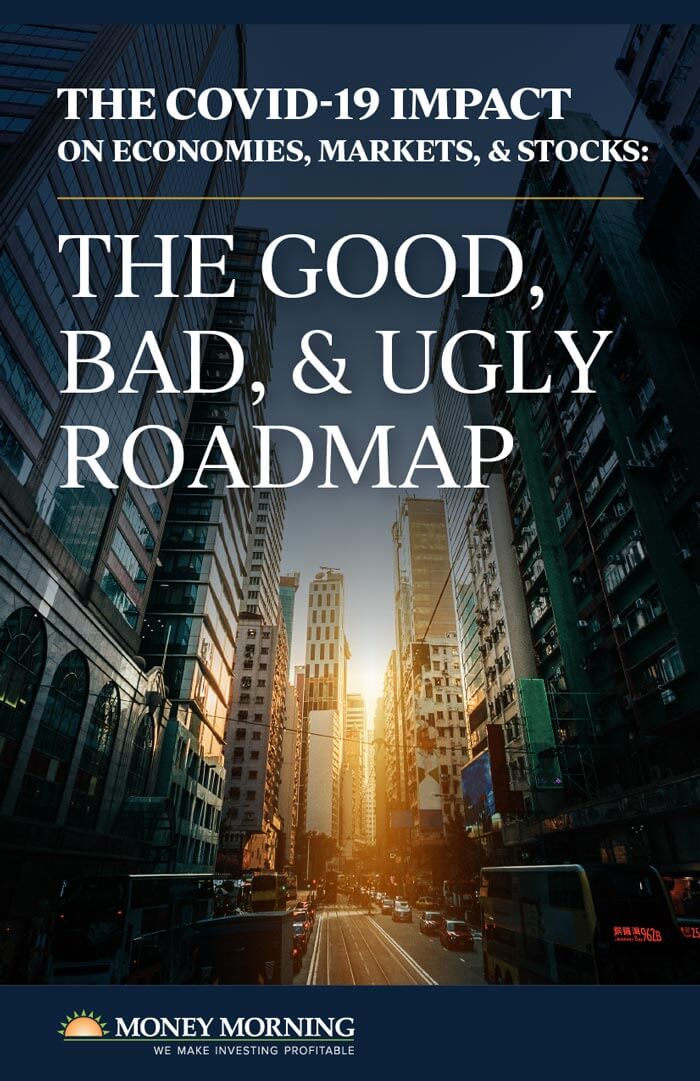 The global spread of the disease caused by the novel coronavirus, officially named COVID-19 by the World Health Organization (WHO), is already impacting economies, markets, and stocks.

Last week, I brought you part one of my series on how this new coronavirus outbreak is affecting global markets and, ultimately, your money. Then the market moved more than 4,500 points in five days.

Today, I'm walking you through what's ahead - the good, the bad, and the ugly. Investors need a comprehensive roadmap to navigate each of the potential pathways the virus could take markets down, because it's going to take them down all three roads...

The COVID-19 Impact on Markets: the Good

Viruses can and do "burn themselves out," according to scientists. The best-case scenario for economies, markets, and stocks is if COVID-19 burns itself out in the next few months without any significant increase in either infection or mortality rates.

John Nicholls, a pathology professor at the University of Hong Kong, says he knows when the virus will become inactive.

That is a rude awakening for us and a great insight on the COVID-19 impact. Thank you for giving us a detailed overview..One needs to be prudent on managing their own risk-Better be safe that sorry