But that's not what is happening here.

Clearly, the spread of COVID-19 is a bad situation for public health. It's also bad for investors in the short term.

But there is a silver lining under all this. When the dust settles - and it will - there are going to be massive bargains to be had. You're going to get a second shot at buying some of the best companies in the world at prices they were trading for a year ago.

Now, we don't want you rushing out to buy everything just yet. But in time, the market will return to its centuries-old path of rising stock prices.

Where the Stock Market Is Heading Next 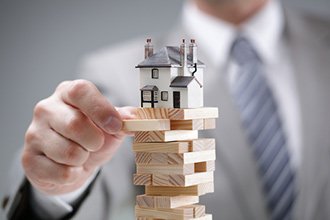 But there have been far worse declines in recent memory, including the financial crisis of 2008.

Back in 2008, the financial world was basically on fire. Banks were imploding, mortgages were underwater, and we were in the middle of a major recession.

Now answer this question - do we see anything close to that today? The answer is, "No, it's nothing like that today." Last month, the economy was strong, unemployment at record lows, and interest rates were low.

Basically, before the coronavirus spread and Saudi Arabia and Russia started a price war in the oil market, things were pretty good. And that means companies are still basically sound. Yes, the virus is causing events to be canceled, people to stop traveling, and supply chains to be disrupted, but all these things are exogenous. When they finally subside, there will be a hit to GDP, but it's likely things will return to normal.

Still, market indicators, like the put/call ratio, the VIX, and stocks falling to new 52-week lows, are the same now as they were at the height of the 2008 bear market. You can cut the fear with a butter knife.

That's creating an opportunity for you.

We'll show you how you can protect your money from the next stock market crash, plus how you can turn the recent downturn into profits in just three steps...