Uncertainty remains one of the biggest challenges in today's market. And that includes knowing when it's a good time to buy stocks. I'll show you why this isn't a "buy the dip" situation right now and when you can expect to see that change, including the stock I'd jump into when it happens.

It's unclear if U.S. President Donald Trump will invoke the powers of the Defense Production Act, which Democrats pushed for this week. In addition, it remains unclear if we will flatten the infection curve in time to prevent a larger outbreak. The nature of pandemics is hyperbolic, and cases continue to rise in New York and are expanding in other places across the country. 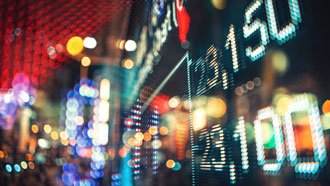 Prices on certain stocks like REITs, small banks, and a number of growth stocks are trading at levels suggesting that they are going out of business.

I will be very blunt about this situation – these price signals indicate the possibility of the worst-case scenario, perhaps a 10% chance of collapse and an ensuing depression. The race to cash over the last two weeks has been unprecedented, and forced selling remains alive and well at ETFs and a number of funds across the country.

With that in mind, investors can look at history and see the rebound poised for the future. If you aren't willing to invest for three years or longer, you simply shouldn't put money into the markets right now.

I am a firm believer in momentum investing – and part of that investment thesis is based on measuring buying pressure compared to selling pressure. Right now, the markets are completely negative in terms of momentum. There are more sellers than buyers; capital flows suggest that we will see a further decline in stocks.

Must See: These Are the 3 Stocks to Sell Right Away

The markets have shown a pattern of big one-day wins, followed by a sharp sell-off, in what appears to be shorts covering bets and speculators playing this pattern. The market has not had a two-day winning streak since market momentum largely turned in late February. This means that speculators can tap into inverse funds on up days at the end of trading sessions.

All that leads to a grim scenario where there simply isn't a lot of opportunity right now. So when does that change?

I'll show you. Here's when to start buying stocks again, including the one to start bidding on right now…

When to Buy Stocks During the Coronavirus Crisis