Shortly after legendary fund manager Bill Ackman gave an emotional, half-hour interview about the fate of the American economy on CNBC yesterday, stocks fell so hard and fast trading was halted. 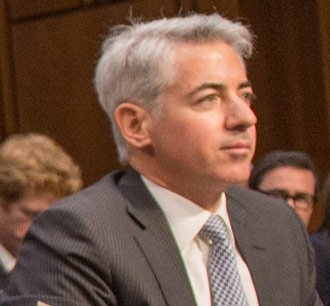 If you listened to what he said, the market's response wasn't a mystery. He said the crisis was so bad that "America will end as we know it" and "hell is coming."

Restaurants, hotels, and airlines will all go out of business, according to Ackman. He says shares of Hilton Hotels Corp. (NYSE: HLT) will drop to $0 in the next 18 months if nothing is done.

But Ackman's doomsday predictions might've made him a lot of money yesterday. It was all by design.

While everyone ran for the door, those who read between the lines followed his lead...

Bill Ackman didn't get to where he is today by being wrong very often. His fund, Pershing Square Capital Management, has $8 billion under management.

And yesterday wouldn't be the first time he's used the media to push stocks in the direction he wants them to go, either.

He famously took a $1 billion short position on Herbalife Nutrition Ltd. (NYSE: HLF) in 2012. Despite a media blitz to warn investors the company would eventually collapse, he was forced to end his short in 2019 when the stock continued to rise.

Now, Ackman was wrong on that call, but it shows he's more than willing to go to the mat to push a narrative that makes him money.

That's why it's much more likely he's more optimistic than he was letting on yesterday...

Maybe he had another huge short position he wanted to juice by going on TV to say the sky is falling. But he actually revealed his plan during the interview.

"I've been aggressively buying stocks," Ackman admitted. "And I've been buying all the way down - Hilton, Restaurant Brands, and Starbucks."

Either Ackman is crazy, or he doesn't think the worst is going to happen. And you don't get to manage $8 billion by being crazy.

You see, Money Morning Capital Wave Strategist Shah Gilani hit the nail on the head when he called this is a generational buying opportunity.

"The stock market hasn't hit bottom, but it's going to," Shah says.

"If you knew when that was going to happen, and you had money to invest in stocks, you'd make a terrific amount on the initial bounce and easily double, triple, quadruple, or quintuple your money in the next bull market."

Imagine how much more money you would've made if you bought at the depths of the 2008 financial crisis compared to those who waited until 2010 to ease back in. If you bought a Dow index fund in February 2009, you'd have made 330% peak gains. If you waited until December 2010, you made half that.

That's the sort of opportunity we're looking at here, and it's exactly why Ackman is buying. We won't know when we've hit the market bottom yet, but Ackman's pep talk got us a lot closer. He got a nice discount on anything he bought after his appearance yesterday.

The thing is we don't need to know when the market bottoms to make money.

"Just understand that you and I aren't looking for a bottom to start getting back into stocks," Shah explains. "We may nail it, or we may miss it; that doesn't matter this time. What matters is buying into new positions, starting now, if you're ready. If you're not ready, get ready."

It's the same strategy Ackman revealed when he said he was buying on the way down. Stocks are trading for bargains, and you can supercharge your gains by averaging in near the bottom.

So here's what to do. On the next down day, take 20% of your cash and open positions in stocks on your buy list. Add more each time stocks drop another 5-10%. You'll "average down" to the bottom, meaning your average share cost will be closer to the bottom share price. And if stocks rally from here, you'll already have your position opened.

If you need help coming up with a stock wish list, check out ours here.

And to get more in-depth with Shah and how he's handling the coronavirus crisis, you can access his roadmap right here, completely free of charge.