With the stock market in a bear market and economic forecasts growing more dire by the day, it's clear that few companies will emerge unscathed from the coronavirus recession.

But some are more at risk than others. 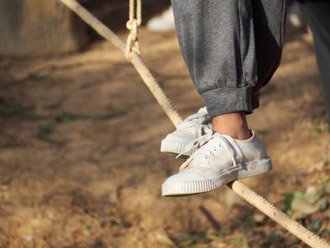 In particular, I'm talking about companies that were already struggling to cover the interest payments on their debt (the so-called "zombie stocks") as well as companies with below-investment-grade credit ratings that will find it harder to borrow in an economic crisis.

And make no mistake; the U.S. economy faces an economic crisis today at least as severe as the one it faced in 2008. The urgent need to stop the coronavirus from spreading has forced many state and local governments to halt most economic activity.

The suddenness of this is hitting U.S. companies like a tornado.

James Bullard, president of the St. Louis branch of the Federal Reserve, told Bloomberg that U.S. gross domestic product could fall as much as 50% and unemployment could rise to 30% -- higher than the all-time record high of 24.9% reached at the height of the Great Depression.

And the scariest aspect is that we don't know how long the economic clampdown will last. Lifting restrictions too soon could result in a resurgence of new cases of coronavirus. It won't be an easy call.

Meanwhile, credit-monitoring agencies like Moody's and Standard & Poor's have already started downgrading the ratings of companies or putting them on watch for a downgrade.

It's hard to say which major U.S. companies could go down as a result of the coronavirus recession. The Trump administration, the Federal Reserve, and Congress have all taken steps to help businesses get through this.

But as we saw with General Motors Co. (NYSE: GM) in 2008, it's possible for a company to get a bailout while leaving shareholders holding worthless stock.

Investors need to bear in mind that as the markets continue to falter, not every battered stock is a buy. Some at-risk companies should be avoided because this crisis could prove to be fatal - particularly if it drags on longer than many are now predicting.

The 5 Stocks Most at Risk from the Coronavirus Recession

Boeing Co. (NYSE: BA): The past year has been difficult for Boeing as a result of problems with its 737 Max passenger aircraft, which has been grounded globally pending fixes to the plane's flight controls. But the scandal halted sales of the plane and pushed shares of the stock down about 23% before COVID-19 shocked the markets. Buyout or no, Boeing faces a lot of headwinds. That includes slowdowns or cutbacks in its defense contracts on top of a decline in orders from the world's airlines.

S&P downgraded Boeing to BBB - the lowest investment-grade rating - March 16. It also placed the company on a credit watch with "negative implications." Moody's has an equivalent rating and has the company on review for a downgrade closer to speculative grade.

Boeing's situation could easily deteriorate with its main customers, the airlines, which are under duress and needing to conserve capital themselves. And more bad news: Boeing's interest coverage ratio is -2.13 - yes, that's a negative number. That means Boeing is losing money, making it hard to keep up on its interest payments. And those payments are growing quickly. The aircraft maker's long-term debt has zoomed 146% over the past 15 months.

Hertz Global Holdings Inc. (NYSE: HTZ): Hertz was on my list of Zombie stocks in 2018, and it has struggled since. Net income was negative in 2019 - before the coronavirus crisis. Now, with the travel industry almost at a standstill, life has gotten much more difficult for the car rental giant. HTZ shares have fallen as much as 83% from their Feb. 20 peak. Moody's dropped Hertz's credit rating to B3 on March 18, deep into speculative territory. It also revised its outlook from "stale" to "negative." S&P has a B+ rating on Hertz debt - also well into speculative grade.

Meanwhile, Hertz's interest coverage ratio is barely over 1. The impact of the coronavirus crisis could be the blow that pushes this company to the brink.

But while travel-based companies have gotten hit hard, another sector that was struggling even before all this happened faces an existential crisis...