Facebook Inc. (NASDAQ: FB) is down more than 23% year to date. And the reason for this dip is more than just a global pandemic.

On March 31 (Tuesday), it was reported that Zoom Video Communications Inc. (NASDAQ: ZM) was illegally providing user data to Facebook. That's even for users without Facebook accounts. 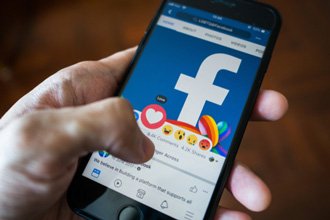 Zoom is now facing a lawsuit, while Facebook could take even more of a hit in the coming weeks.

This raises a question that's been asked countless times over the last three years: Should I buy Facebook stock?

With so many stocks at a discount right now, investors are looking under every stone for the best value buys. Some have speculated that Facebook is one of these.

We don't know if the coronavirus bear market has found the bottom yet - it likely hasn't. But we do know it's the "buying opportunity of a lifetime" for some stocks.

Even if we haven't found the bottom, buying certain stocks now could help you "average down" your cost, as Money Morning Capital Wave Strategist Shah Gilani puts it. This is how long-term wealth is built.

That means some stocks could double or triple your money in five years if you start building a position now.

The Facebook stock price was taking wild swings long before the coronavirus pandemic. In fact, all the pandemic has done is reveal just how frothy FB gains have been.

People are enamored by Facebook's targeted ad business, which has carved out a massive 20% share of the digital advertising market.

The company has had trouble since the Cambridge Analytica data breach in 2017. It was referred to on the FOX Business Network as Facebook's "Equifax Moment."

We at Money Morning have even likened it to an Enron.

Facebook lost a about 15 million users after the privacy scandal. And since then, its legal problems seem to have only gotten worse.

In March 2019, a criminal probe was announced into two of Facebook's data deals with unnamed partners in New York. In April, Hundreds of millions of Facebook records were found to be stored on Amazon cloud servers.

The company tried to save face through different news outlets after the cloud server news. But it was only met with another scandal later that month. Facebook admitted to uploading 1.5 million user address books without consent. That means there's a chance they downloaded all of the contacts on your phone without telling you.

Then, in June 2019, 25 million Android phones were infected with malware from Facebook-owned WhatsApp.

For these reasons and more, Facebook CEO Mark Zuckerberg has been in and out of court for a long time. Congressman David Cilline even accused Zuckerberg of lying about how much control users have over their data.

But if anything's clear, Facebook has suffered through terrible optics. The company is experiencing a mass exodus of users, and its ad revenue will suffer as a result.

Unlike Facebook, however, there is a company sure to benefit from the growing digital ad space. Check out this stock instead...