The COVID-19 sell-off fueled an incredible downturn. The markets entered a bear market in record time, only before snapping back aggressively from their pre-stimulus lows.

The ongoing pandemic has shut down multiple sectors in the economy. Hotels, theme parks, restaurants, cruise lines, and sports leagues have completely shut down across America.

But no sector has taken a harder hit than airline companies.

The ongoing breakout has turned airports into ghost towns. Travelers have effectively stopped flying both domestically and internationally. And given the psychological strike that coronavirus has associated with air travel, it could be some time before we see a full recovery in this industry.

Perhaps the most surprising news around airlines came from famed investor Warren Buffett. His firm, Berkshire Hathaway Inc. (NYSE: BRK.A), has long been a holder of airline stocks given their steady demand and reliable cash flow streams. 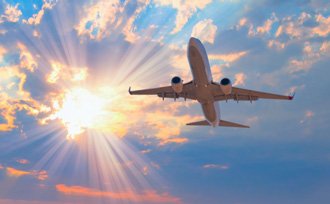 With Delta Air Lines Inc. (NYSE: DAL) falling more than 50% from peak to trough, Buffett dumped shares in the firm. His firm also dumped shares of Southwest Airlines Co. (NYSE: LUV), American Airlines Group Inc. (NASDAQ: AAL), and United Airlines Holdings Inc. (NASDAQ: UAL). According to GuruFocus, Berkshire may have lost up to $5.3 billion on its stakes in airline companies.

So, what is Buffett's plan with airline stocks for the road ahead?

Let's cut through the noise in this industry and provide insight into what we can expect for the road ahead.

When the dust clears, the airline industry might never look the same. Companies have drawn down their credit lines. The U.S. government has promised a massive bailout like what we witnessed after 9-11.

And airline companies have slashed flights for the upcoming quarter. That's smart, considering that Southwest just flew several dozen empty planes across the United States in one day last week.

This glut of empty seats could last well beyond the flattened coronavirus curve. Many travelers might take some significant time away from airplanes given a new fear about flying.

Meanwhile, investors like Warren Buffett chose to simply walk away from the investment, and signs point that the investment company he runs may continue to pare its stake in these large organizations.

Buffett said in February that he had added to his holdings and said last month that he wouldn't be "selling airline stocks." But things change.

The decisions to cut stakes in United Airlines and American Airlines drives his stakes under 10%. This means that we won't know what Buffett is doing with those companies until it files 13F reports with the SEC in May.

Buffett's BRK.B is the largest shareholder of Delta Airlines as well at 9.2%. This has been a key holding for Berkshire as the company is a massive marketing partner and revenue driver for another big Berkshire stock in American Express Co. (NYSE: AXP).

However, I think the recent selling is just the start of something bigger.

What Is Warren Buffett's Strategy for Airline Stocks?