The stock market has rebounded dramatically since its late March downturn. We have now seen a roughly 50% retracement from the bear market that hit its low point in mid-March.

That said, many investors are still looking for value in the market. And investors of higher risk appetite still want to nab the biggest gains in the shortest time. 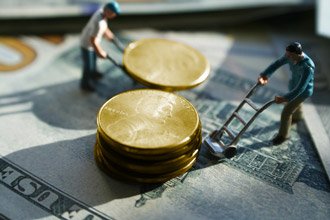 That's why, today, we're going to talk about penny stocks. And our best penny stock today is primed for liftoff.

We don't know where the bottom is or when we will find it. But as long as the coronavirus crash lasts, it's the buying opportunity of a lifetime. If you're looking for something with high upside in the shorter term, it's out there.

Institutional investors will move toward dividends and conservative upside over the months ahead. But there's even stronger growth potential in penny stocks that have become victims of the broader market sell-off.

It's companies that have been beaten down before realizing their expected breakouts. Right now, they're relatively cheap. But they're still poised for growth down the road.

These penny stocks are behind some of the greatest technology trends on the horizon. So you can look at their current prices as a solid entry point.

These are our best penny stocks to buy now...

When it comes to the introduction of 5G technology in the years ahead, everyone is rushing for shares of AT&T Corp. (NYSE: T), Verizon Communications Inc. (NYSE: VZ), or even Apple Inc. (NASDAQ: AAPL). But deep under the radar sits Finnish tech giant Nokia Oyj (NYSE: NOK), a beaten-down and forgotten mobile giant from the early 2000s.

Nokia is still an $18.5 billion company that hasn't seen its stock hold above $10 since U.S. President Barack Obama's first term. However, the company is undergoing a radical turnaround strategy and shift in leadership that will allow it to propel forward in the age of 5G.

Its new CEO, Pekka Lundmark, is starting this summer. And the future is looking bright. During his time at Finnish energy company Fortum, shares of Fortum rose more than 35%.

Lundmark's arrival at Nokia coincides with significant momentum at Nokia. The company's last quarterly earnings report showed three times the profit from the same quarter in 2018.

The Complete Guide: The coronavirus has erased trillions of dollars from global markets, yet this can be one of the most important wealth-building moments in your life - if handled correctly. Here's what to do...

Nokia is poised for a big boom in demand for 5G mobile devices in both North America and Europe. The company appears to have largely missed out on the 4G boom and is putting all of its eggs into the 5G basket.

But it's a great basket. The 5G industry could be worth more than $600 billion by 2026. And this year could be a massive start in that direction for NOK.

It's worth noting that China Mobile Ltd. (NYSE: CHL) - a Chinese state-owned telecom giant - canceled contracts with Nokia for 5G development. This move appears to be very politically motivated.

Earlier this year, the French telecom giant Orange SA (NYSE: ORAN) said it would not provide any 5G contracts to Huawei over national security concerns. Orange said it would only participate with Nokia and Ericsson (NASDAQ: ERIC). China Mobile responded with this retaliation.

Regardless of whether it can do business in China, Nokia has a very solid opportunity to grow in Europe and North America. The Chinese decision is largely priced into the stock, and investors appear to be forgetting about Nokia's other contracts.

Nokia has signed 68 commercial 5G contracts worldwide. It has deals with the big three U.S. operators (after the Sprint and T-Mobile merger).

By comparison, Huawei has 91 5G contracts. Ericsson has 81. So Nokia isn't out of the game, even though its share price suggests otherwise.

Shares of NOK are trading at $3.27 per share. We see shares hitting at least $5 by the end of the year. That price target represents an upside of 52% in the next eight months.

This next stock could jump significantly higher...

The No. 1 Penny Stock to Buy Right Now