Most stock market predictions for the balance of 2020 have been pointedly negative - but that hasn't stopped stock prices from surging higher.

Most market forecasters are worried about the deep economic damage the coronavirus pandemic has inflicted. 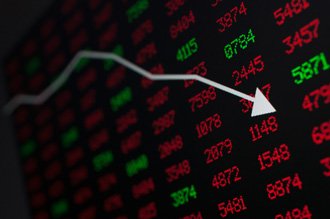 Many small businesses forced to close have struggled to get promised federal help and may never reopen. Tens of millions of Americans have been put out of work, and it's unclear how many of those jobs will return.

In the aftermath of the lockdowns, permanent changes to consumer habits will make it harder for some businesses to recover.

And despite all the optimism about reopening the economy, it's unclear how smoothly and how quickly it will go. Meanwhile, new cases of the coronavirus continue to emerge.

Dreams of a "V-shaped" recovery - which would justify the rally - appear more unlikely by the day.

For all of these reasons, the majority of stock market predictions over the past few weeks have been calling for a reversal of a rally that surged 30% higher since the March 23 lows.

"I'm certainly in the camp that we are not out of the woods. I think a retest of the low is very plausible," DoubleLine CEO Jeffrey Gundlach told CNBC's "Halftime Report" April 27. "I think we'd take out the low."

"Investors who are sitting out there right now who rebalanced a few weeks ago and moved from fixed income to equities should probably think about rebalancing again," Minerd said April 17. "It could be 1,500, 1,600, 1,200."

Economist A. Gary Schilling compared this year's market action to the early years of the Great Depression.

"This looks like a bear market rally, similar to that in 1929-1930, with an additional 30% to 40% drop in stocks to come as the deep global recession stretches into 2021," Schilling wrote in a recent Bloomberg opinion piece. "According to Bank of America analysts, the U.S. stock market has never reached its bottom in less than six months after falling more than 30% in the face of a recession."

It's hard to argue with the logic of these stock market predictions. But that's exactly what Mr. Market has done.

The question is why.

For sure, the willingness of the U.S. Federal Reserve to chop interest rates back to zero and restart its QE (quantitative easing) program has played a part. And then you have Congress passing trillion of dollars in assorted assistance and bailout programs for big companies, small companies, and individuals.

A Barron's poll of America's top money managers showed 83% are bullish on the stock market for 2021. Nearly 90% approved of the Fed's actions.

"[U.S. Federal Reserve Chair] Jerome Powell is a hero," Mark Keeling, chief investment officer at BTR Capital Management, told Barron's. "He didn't blink, he didn't hesitate, he went at it with full force, and that has really helped. For that reason, we think it is unlikely that stocks go back to the March low, because that was a panic-selling, lack-of-liquidity-driven event."

"That was the bounce point," Gilani said. "And it happened quickly. The buy-the-dip-mentality was alive and well. People were ravenous. Once it started, more investors joined in because they didn't want to miss out."

The sharp steady rise also triggered a lot of short covering by the "smart guys" who had bet on the market going much lower.

"About 65% of the bounce was short covering," he said. "It had stocks leaping up."

But there's a key piece of the puzzle here Gilani said he wanted to make sure investors understood. More than anything else, this one Fed action set the markets into a buying frenzy.

It's something the Fed has never done before - not even during the 2008 financial crisis...

What the Fed Did to Fire Up the Markets